HPV Vaccination yet to be rolled out in PNG 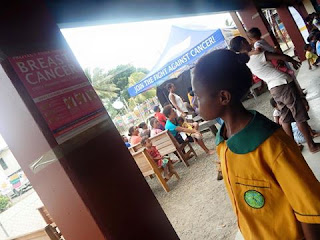 With cervical cancer reported to claim the lives 3, 000 women per year in Papua New Guinea, there is a need to prevent this deadly yet treatable killer disease.
While the Lae Cancer facility is struggling with out-dated cancer therapy source, the challenge remains for Papua New Guinea to secure its younger female generation. Once infected by the HPV (Human Papilloma Virus) which gives rise to cervical cancer, there is no cure for the infection which mostly remains dormant for years until triggered by other factor to evolve into cervical cancer. HPV vaccination is way forward to secure the younger generation; however, such program is yet to be rolled out in PNG.
It is understood that such program has been piloted in Kimbe; however, did not persist. According to the Health Secretary Mr. Pasco Kase, the National Department of Health proposed to carry out HPV vaccinations for school girls in NCD.
Such statistics of 3, 000 women dying annually will persist for years and therefore there lies a big challenge in terms of curbing out this major killer. PNGFM/ ONEPNG
SHARE THIS
Share it Tweet Share it Share it Pin it