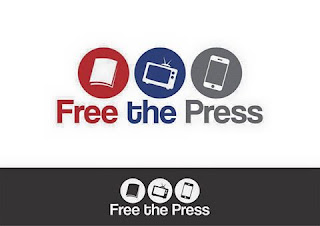 U.S. Embassy, Port Moresby, Papua New Guinea:Tuesday, May 3rd marks World Press Freedom Day. On this day, we honor journalists who defend democratic ideals through their commitment to discovering and telling the truth. In doing so, we also pay tribute to journalism itself, a profession that is essential to good governance and the functioning of democracy.
Journalism is targeted to limit and control the free flow of information and ideas. Censorship gives power; it allows the truth to be masked, it propagates false narratives that play to self-serving interests, and allows the truth to be distorted.
At a time when the supply of information seems unlimited and overwhelming, journalists and journalism are being challenged like never before. It seems contradictory, but it makes a perverse kind of sense. The free flow of information is threatened while not only the messenger but also the message is targeted. In some places, restrictive press-laws are on the rise; media control and manipulation is becoming the norm rather than the exception. Yet, the free flow of information is the enemy of tyranny.
The free flow of information is not only being restricted, but versions of reality are being manufactured and dispensed as though it were news. There is a global epidemic of misinformation and propaganda. This is not an information war, but a war on truth -- on the very idea that there is a reality that can be verified. The goal is not so much to make people accept a distorted version of the truth, but to make people question whether there is any truth at all.
Free, unfettered, and uncensored access to information is essential for defending democracy. The remedy for misinformation is often just more information. The American Founders believed that freedom and free access to information were inextricably linked. They understood that a free press was the foundation of other freedoms.
The U.S. president, Thomas Jefferson said that a nation could never be ignorant and free. Almost 250 years ago, he wrote in the Declaration of Independence that governments derive their just powers from the consent of the governed. You can't agree to anything without the free access to information upon which that consent is based. Information is the lifeblood of freedom and the ability to make informed choices for ourselves, our communities, and our nations.
Freedom of expression is one of the United States’ core values and one which we continue to defend both at home and overseas. It is a fundamental freedom enshrined in the Universal Declaration of Human Rights. And we believe that all governments have a commitment to uphold this fundamental freedom, which encompasses press freedom.
Restrictions on journalists often run counter to freedom of expression. Journalists and other members of the media, such as editors and publishers, should be able to freely investigate, research, publish, and disseminate news, information, and opinions both online and off line.
We believe that governments are responsible for protecting journalists from physical harm and intimidation, and when journalists are the victims of crimes, governments are responsible for investigating those crimes and bringing the perpetrators to justice. When the press is censored or self-censors due to intimidation, society suffers.
This year, the U.S. State Department launched its fifth annual “Free the Press” campaign on April 25. The campaign concludes on World Press Freedom Day but we must always remember the valuable contributions and professional commitment journalists make each and every day to defend our democratic ideals.
SHARE THIS
Share it Tweet Share it Share it Pin it