Teachers and Public Servants get pay 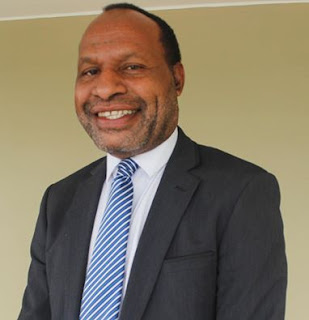 Thousands of public servants around the country receive their pay after midday today.
Their salaries were delayed by a day this week due to problems with the main government payroll system.
This was confirmed by Finance Secretary Dr Ken Ngangan.
"As promise pays were delivered after 12;30 today, so they are now accessing it at the bank.As I have been saying it, its not to do with the cash flow, it somehow it just happened that we have a problem with our Payroll system IT. The back up which was supposed to be picked up did not pick up so we were hopping that we will get it up on time, come Tuesday we realized that we were still struggling to get it up on time so, I have ordered that it be done manually. When we did it manually for 116 - Thousands public Servants, the staff had to work over time to make sure that 116 Thousands civil servant receive their pay, and it ends the delay from Wednesday to Thursday."
The Finance Secretary still maintains the delay in salary is not because of cash flow issues.
He said government still have money to pay the public servants.
"We have money, I said salary will be paid and it was paid. I have no issue with money, my issue is IT.Come on government will not go broke, who says government will go broke?....The economy is managed and am confident,.. people will have to choose to believe me or believe themselves on Social media and other reports."
SHARE THIS
Share it Tweet Share it Share it Pin it