All Government Payrolls to be managed through ALESCO pay roll system 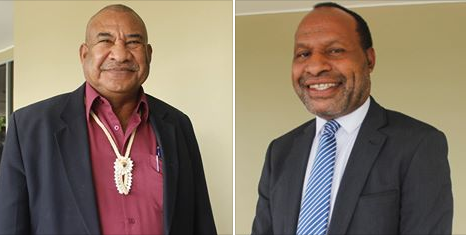 All governments payrolls will now be managed through ALESCO pay roll system.
Finance Secretary Dr Ken Ngangan told NBC news following concerns on pay delay in some government agencies.
The idea of putting all pay roll under one surfaced when some statutory organizations failed to pay their staff on time, and some even delayed for almost a week.
Dr Ken Ngangan said, statutory organizations manages their own payroll, thus should not be affected with issues facing mainline departments, and questions why they fail to pay their staff.
Mainline government departments are on ALESCO pay Roll system, were as statutory organizations are normally given monthly grants and they manage their own pay roll.
"Statutory Authorities like National Housing Corporation, NBC, National Parliament, plus some others. What we are doing is, we have been instructed to bring all payroll into one, into ALESCO, so that we dont experience this again. Agencies receive grants for salaries but are not paying and people jumping up and down."
Since last week, public servants working for statutory organizations were not paid on time.
Both Secretary for Personal Management John Kali and Finance Secretary Dr Ken Ngangan will make a formal announcement tomorrow., (Friday 19-02-16).
Meantime, Chief Secretary Issac Lupari has ordered Finance and Personal Management to thoroughly check those organisations and identify the reason for their pay delay.
The idea to put all pay roll under one will obviously affects people who work in the finance Division in each organisations.
Both Secretary Kali and Dr Ngangan said this is part of government's plan in downsizing and right sizing public sector.