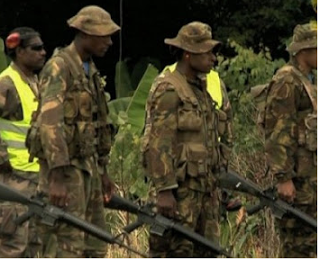 THE Defence Force and the Central Supplies and Tenders Board have signed an K18 million agreement with a New Zealand aircraft manufacturing company for the acquisition of six new aircraft.
Force commander Brigadier-General Gilbert Toropo said the agreement was a commitment made by Prime Minister Peter O’Neill during his trip to New Zealand.
“The planes will enhance our capability to conduct border patrols, marine surveillance, provide disaster relief and contribute to nation building by providing government services such as delivering health and education materials to the rural areas which have rough geographical terrains,” Toropo said.
He said the aircraft would also be used during the 2017 national election and the 2018 APEC Leaders’ Summit in Port Moresby.
SHARE THIS
Share it Tweet Share it Share it Pin it