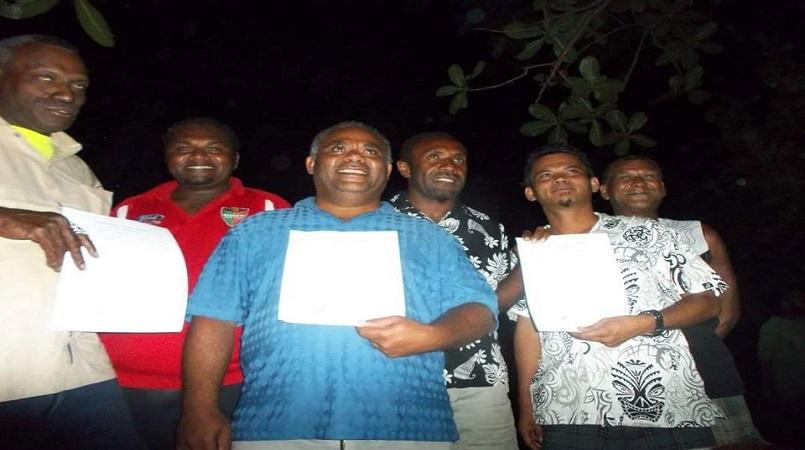 A planned signing of a Memorandum of Agreement for the formation of the new coalition government failed to materialize today but negotiation is continuing.

Unity Front for Change, the Leaders Bloc of Independent and single party candidates and a state minister were at Parliament House this morning where negotiations continued but came to no conclusion.

Some 15 journalists who were advised of the planned signing turned up at 9am and waited until after midday when newly elected members started moving out of the parliament area in their vehicles without any explanation.

Yesterday a notice was sent to journalists advising them of a planned signing of the Memorandum of Agreement between Unity front (comprising of 7 political parties), and a newly formed Leaders Bloc of 6 members. It was to have taken place at the Parliament House at 9am. But at that time very little activity was seen there.

It was not until 9.30am when the newly elected MPs were flocking into the vicinity. The arrivals also included a state minister in the current caretaker government and personal security members of the caretaker Prime Minister, Sato Kilman were also spotted there.

Newly elected members of the Nagriamel, which is a component of the Unity Front, were not visible at the scene except their President John Lum who failed to secure his Santo seat.

The media was left in astonishment as the MPs-to-be walked around from the government side of the building (the left side from front entrance) to the opposition side on the right wing of the complex where the meeting was taking place between key negotiators of each political grouping.

At about 10.30am the leader of the Leaders Bloc, Jotham Napat approached the media and advised to wait for another 15 minute.

It was not until midday when a text phone message was received to indicate a delay and for a further notice to advice of the next meeting and signing of the proposed MOA to form the new coalition government.

A leading figure in the Unity Front suggested that the planned signing ceremony could take place sometime tomorrow.

Until then, intensive lobbying is continuing and smaller grouping and independents are laying their demands on the table.

The government side was also adamant they had the numbers. They claim to have the support of faction of members aligned with the Unity Front and some independent MPs.

Meanwhile, the acting clerk of parliament has set the timer by calling the newly elected candidates to come prepared for the first ordinary sitting next week on Thursday 11th February 2016.