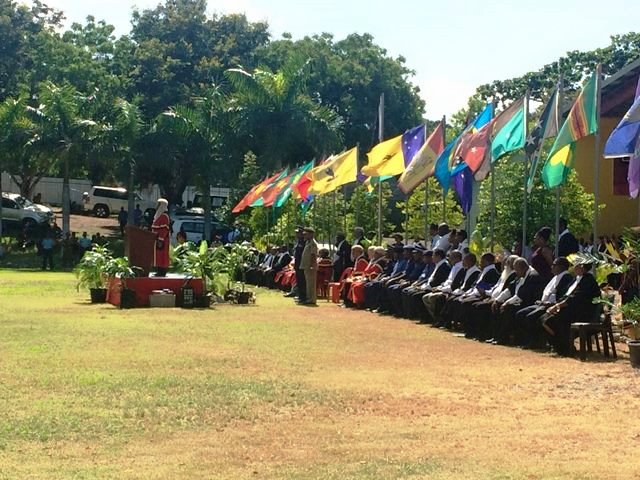 The 2016 Legal Year was officially opened today with a combined church service at the Kaugere Church in Port Moresby.
A parade on the church ground was led by the Police Band, followed by the Defence Force, CS, Police, the Chief Justice and Judges as well as Magistrates, Lawyers. Courts Officials and staff of the Judiciary Services.
In his keynote address and opening speech. Cief Justice Sir Salamo Injia told the legal fraternity "Its time to get back to basics."
he made this statement regarding the way they conduct themselves when handling law and order issues in the country, as well as taking pride in the uniform that they wera when doing their part for the legal side of the country.
"All law enforcing agencies or individuals in the country must bring back standard and this will help us gain the lost public trust that our people have on all of us this year," said Sir Salamo.
SHARE THIS
Share it Tweet Share it Share it Pin it