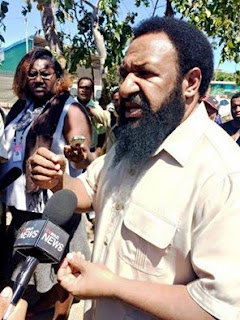 PNG has to do more to draw on the opportunity in missionary and other voluntary works through its overseas missions and other means, says Opposition Leader Don Polye.
Mr Polye has slammed the Prime Minister Peter O’Neill for ‘being naïve and complacent’ in this.
He made this comment when acknowledging the work of Sister Hermina, who left her country for Ethiopia as a missionary.
He has urged the government to make an inventory of its efforts if it had done any.
Polye said otherwise, the government had been providing overseas aid in the region on adhoc basis and that the country missed this opportunity.
He added that the Prime Minister and his government had lost their bearings in this matter.
“When we are in government, we will provide this missing-link leadership for our people to get outside exposure for a meaningful contribution in the nation building,” he said.
Meanwhile, Mr Polye said Sister Hermina had humbled herself to take up the noble calling to serve the people of Ethiopia.
He described this as God’s calling in her life and that God will continue to bless her family left behind and her country of origin.
He said Sister Hermina’s willingness to do missionary work in the country with 90 million people shows that PNG can continue to send more missionaries.
Sister Hermina left last Sunday to work for the Missionaries of charity founded by Mother Teresa which runs several refuge homes in the capital city, Addis Ababa.
SHARE THIS
Share it Tweet Share it Share it Pin it