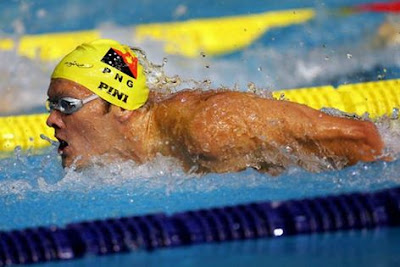 Papua New Guinea’s super fish, Ryan Pini has qualified for 3 swims at the Rio Olympic Games and this will be his 4th time to participate at the Olympic Games.
He said he is looking forward to training down in Australia for the next six months to keep fit and to ensure he is ready come August 2016 for Summer Olympics this year.
Ryan said that he thought 2012 was going to be his last games but the Pacific Games last year got him into a preparation mode which his qualified again.
He stated that the other reason for being involved with this year’s Rio Olympic Games, was to be part of the PNG Athlete Committee Commission and also represent the Oceania committee.
He also plans to be a mentor for the up and coming talents who will one day represent PNG as well in the near future.
SHARE THIS
Share it Tweet Share it Share it Pin it