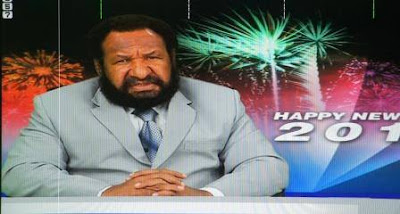 PORT MORESBY: The Opposition has called on the Prime Minister Peter O’Neill and his Trade Minister Richard Maru ‘to get down to business to improve the trade imbalance’ PNG has with Fiji.
“The deficit balance of trade PNG has experienced with a small country like Fiji holds questions for those responsible to answer.
“It has proven that the Prime Minister and his minister have lost their bearings and that it should be a wake-up call for them,” said Opposition Leader Don Pomb Polye when commenting on PNG’s negative balance of trade with Fiji at a tune of K54 million.
Mr Polye described it as ‘a joke and undeserved,’ given the country’s economic status.
He has urged them to refrain from making ‘political rhetoric in supporting businesses.’
Polye said their actions contradicted with their words, citing the increase in Investment Promotion Authority’s fees this year as a fine example among others.
Polye said O’Neill’s government was only good at spending money and not at making revenues for the public purse or to help the local manufacturers expand their markets overseas.
He has blasted the Prime Minister and his minister for shying away as the local industries struggle their survival under the unfavorable business environment in the country.
“When we are in power, our alternative government will reduce the high costs of business operations our manufacturers are faced with to ensure our products are much more competitive in the international markets.
“We will introduce much cheaper clean energy sources for electricity and transport infrastructures among others to boost our local companies’ moral for competition,” a determined Polye said.
SHARE THIS
Share it Tweet Share it Share it Pin it