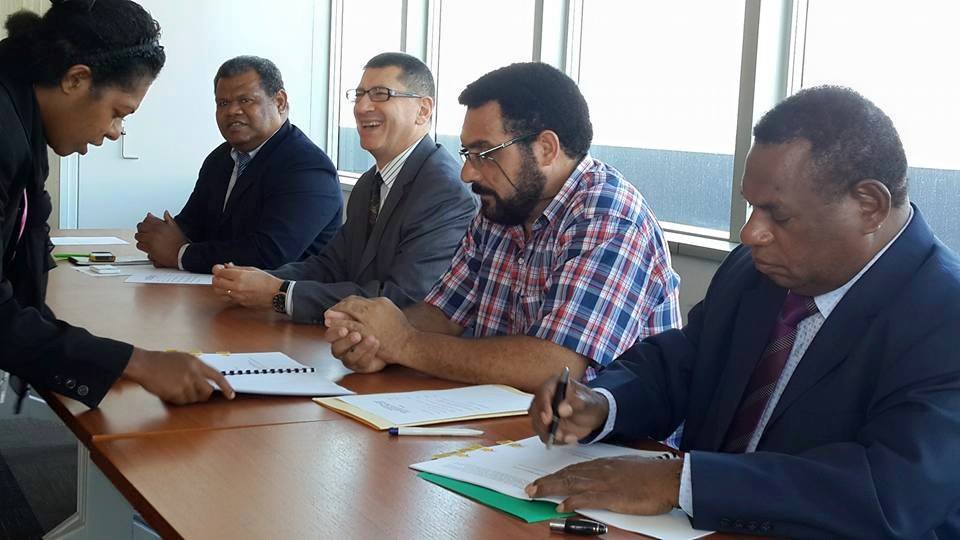 Finally after 4 long years and hard work, 21 island communities from 5 selected Maritime Provinces in the country will soon benefit from the Climate Change Pilot Project in building resilient co-funded by the PNG government through the climate change and development Authority. The Building Resilient to Climate Change Project has 3 components, one of which includes the focus to prepare climate vulnerability assessments and adaptation plans. This will be implemented by the provincial & local authorities. At a cost of K33M, this program will begin this year and conclude in 2021. The aim of the BRCC is to bring about transformational change by mainstreaming climate resilience into development plans that address country priorities, focusing on vulnerable communities. The BRCC will be piloted in 21 vulnerable island communities in Autonomous Region of Bougainville, East New Britain, Manus, Milne Bay and Morobe Provinces. These islands and atolls were selected through a participatory process using Strategic Programme for Climate Resilience (SPCR) identified risk factors across four sectors including (i) infrastructure, (ii) natural resources, (iii) health, and (iv) agriculture; against potential impacts from climate change. Minister for Environment and Conservation and Climate Change Honourable John Pundari, CMG, MP said his core responsibility as Minister for Climate Change is to muster political will so that the causes of climate change are mitigated; that Papua New Guinea is able to adapt to those climate change effects already being experienced, to seek additional international support for the people of this great Nation and to report National progress on these to the United Nations.