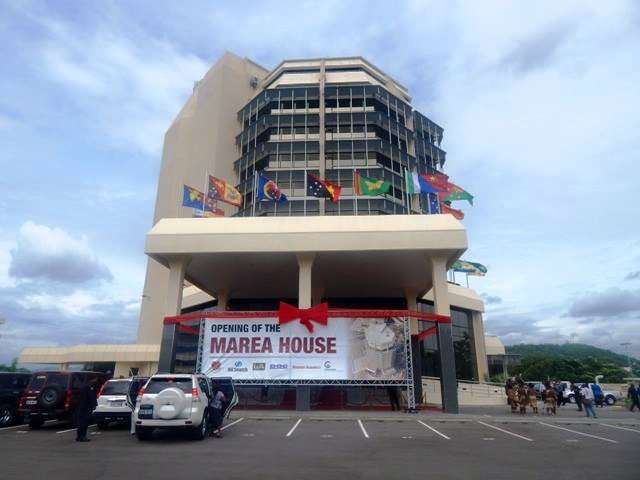 One of PNG’s Significant and Iconic Government Building was officially opened today in Port Moresby after being left rundown for a very long time.
The Iconic Pineapple Building which was named Marea House was opened by the Prime Minister Peter O’Neill today in front of all Cabinet Ministers, Governors and departmental heads at Waigani this afternoon.
However, in opening the Building PM O’Neill renamed it to SIR MANASUPE HOUSE in recognition of Chief Secretary Sir Manasupe Zurenou’s governments service, which he had served this country in the last 30 years.
"It is right that outstanding Papua New Guineans are given that recognition that they deserve in their dedication and work that they do in moving this country forward," said Mr O'Neill.
The Sir Manasupe House was an Oil Search Funded project to have it refurbished and the key to the building was handed over the the PM by Oil Search Boss Gerea Aopi.
The Building has 12 levels, 9 of which are office areas and an open car park area that can cater for more than 200 vehicles.
The Dept of PM & NEC will be the first ones to move into the office.
SHARE THIS
Share it Tweet Share it Share it Pin it