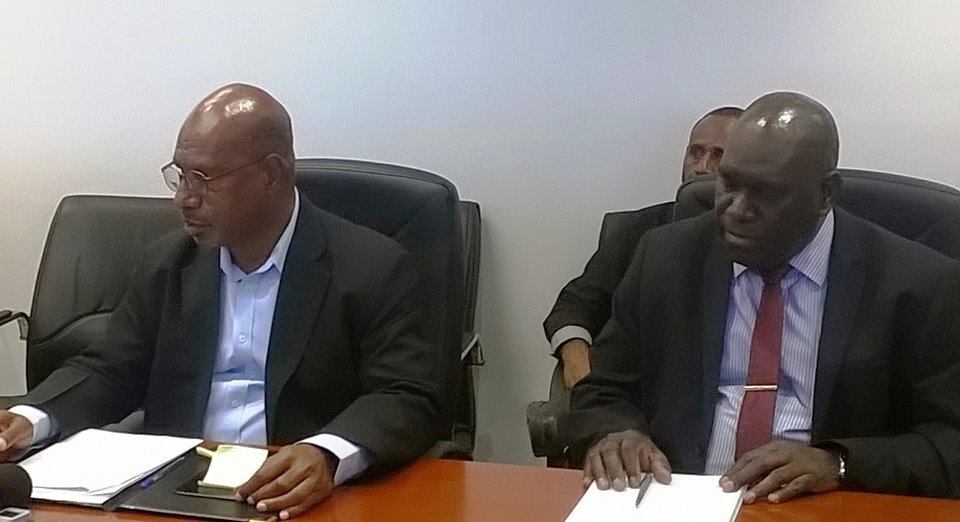 The Lands Department now has an Acting Secretary in place to see the running of its activities until a new one is appointed by the National Executive Council (NEC) following the termination of the current one.
Lands Minister, Hon. Benny Allen announced yesterday that Mr. Luther Sipison will be in charge of things until March when a new Secretary is appointed from the applicants for the position that will be advertised to the public.
The NEC decision to appoint Sipison as Acting Secretary on December 10th 2015 also revoked Romini Kilapat as Department Secretary resulting in his termination. This decision came about from the findings of the investigation carried out by Ministerial Appointment Committee on 15 allegations raised by the department against the former secretary.
“On this occasion I want to sincerely thank Mr. Kilapat for being a good secretary since he took up office in 2013 up until his termination. Some of the allegations in the report were not his doing, but that of the officers and because he was in charge of the department, he took the blame for them,” said the Minister.
Minister Allen later welcomed the new Acting Secretary and trusts that he will continue to perform well until NEC appoints a new secretary.
“I urge our department senior management team to support Mr. Sipison to see some good changes happen in the department.”
SHARE THIS
Share it Tweet Share it Share it Pin it