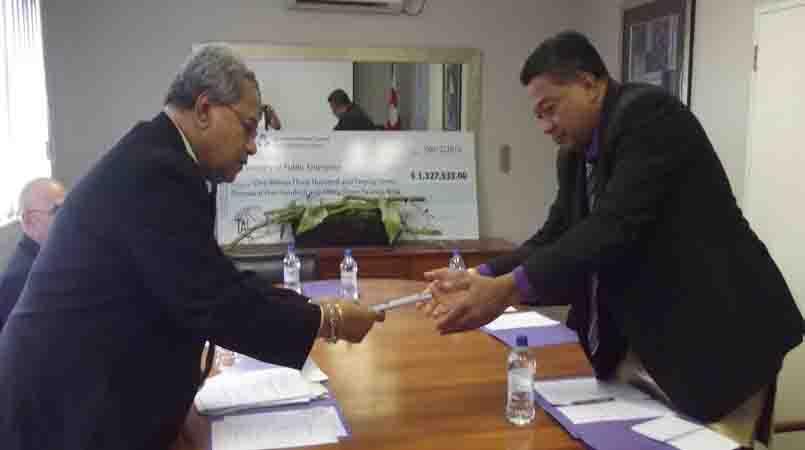 Tonga Airports Limited has announced a dividend of 1.3 pa’anga million payable to its shareholder the Government of Tonga.

The dividend amount represents seventy-five percent (75%) of the total profit after tax raised by the company.

Revenue earned during the 2014/2015 financial year had, for the first time since the company’s inception, exceeded the $10m mark.

Tonga Airports Ltd aims to provide a safe and efficient airport environment that is both welcoming to travellers and commercially successful to airline and business partners.

In doing so, TAL aims to encourage increased passenger traffic and aircraft movements and contribute to the growth and development of the nation.