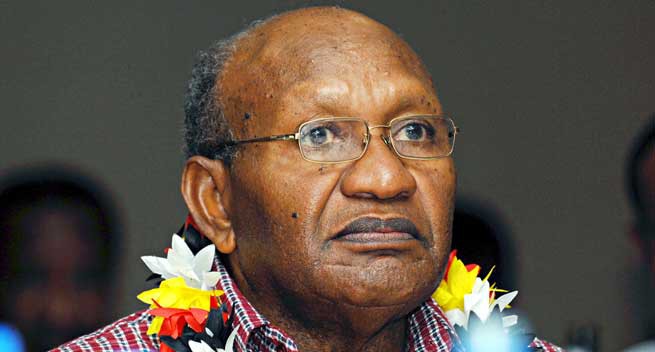 Inter-Government Relations Minister Chief Leo Dion said his decision to recognize Francis Potape as Hela governor was done as the Minister responsible, through a statement he sent three days before the court decision.

He said his action pertaining to the media statement he circulated throughout the media outlet was not done in any way to preempt the court decision.

Provincial Assembly meeting on the 22nd December 2015 and the Question as to whether or not the meeting was conducted in accordance with either the Organic law, or the Hela Provincial Assembly Standing Orders are matters that are now before the Court and he cannot comment further.

However, he said the Organic law on Provincial Government and Local-Level Government is a law that was made for the purpose of giving effect to the public interest in public order and public welfare.

“I am required by law to recognize and to give full faith and credit throughout Papua New Guinea to the laws, the public acts, records and proceedings of all Provincial Governments and Local-level Governments and the Proceedings that transpired on the floor of Hela Provincial Assembly on the 29th December, 2015 is no exception.”

“I understand what transpired on the floor of Hela Provincial Assembly on the 22nd and the 29th of December 2015 is now before the Court and there are interim orders restraining any Assembly members and others from taking any action against the purported resolutions of the Assembly.

“As a State Minister, I in no way intend to interfere and undermine the Court proceedings and I only learnt of the restraining orders in the media. The matter was heard inter-parte so I had no idea what transpired in court.Therefore in relation to the position of the Hela Governor, we await the final determination of the substantive matter from the Court,” Chief Dion said.
SHARE THIS
Share it Tweet Share it Share it Pin it