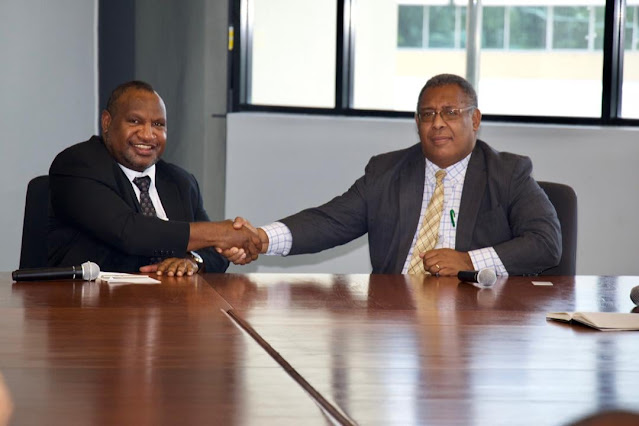 James Marape said the abolishing of the Chief Secretary to Government's position and replacing it with a Secretary position was to maintain a flatter Government structure without compromising its integrity.

The Prime Minister explains that this does not mean this Department has lost its standing as the premium Government Department. Hence, the Secretary of this Department still remains the Chairman of the Central Agency and Coordination Committee.

He, however, said other departmental heads may now be able to report directly to their respective ministers.

Marape further acknowledged the last Chief Secretary Ambassador Isaac Lupari for his service to the country over the years.

The new Secretary Pomaleu thanked Prime Minister for the warm welcome and looks forward to using the Office of the Secretary to empower agriculture and small and medium enterprises sectors throughout the country.