Tongans in Australia can now ensure more of the money they send home reaches their families and communities with the launch of a new digital remittance product, and at a time when it’s needed most.

Developed by IFC, a member of the World Bank Group, and the Tonga Development Bank with support from the governments of Australia and New Zealand, ‘Ave Pa’anga Pau enables Tongans to send money home in a quick and secure way, and at a significantly lower cost than other services. The launch of ‘Ave Pa’anga Pau comes at a crucial time with remittances a key source of income for Tongan families, and now even more vital amid the devastating economic impacts of the COVID-19 pandemic. 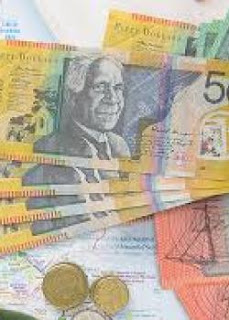 “Remittances are of great importance to the economy of Tonga and ‘Ave Pa’anga Pau is an important cog in helping lift prosperity for our people,” said Tonga Prime Minister Pohiva Tu’i’onetoa. “Remittances not only help families, but also provide a boost to the economy with the money often being used to start a small business, helping to create jobs.”

Remittances are a lifeline for families in nations across the Pacific, helping pay for education, healthcare and other essentials, and no more so than now as COVID-19 weighs on the region’s fragile economies. For Tonga, remittances are a key component of economic activity and income for households, with the total value equivalent to about 37% of GDP.

But the fees Tongans pay for sending money home can be among the highest in the world. At the same time, the number of money transfer services operating in the Pacific has fallen significantly, eroding competition in the sector and leaving Pacific Islanders with fewer options and facing higher prices.

“Australia understands that even a small change to the fees charged to those remitting can make a significant difference. We know the difference the flow of remittances can make to hard working Tongan workers and their families,” said Australia’s Minister for Foreign Affairs and Minister for Women, Senator Marise Payne. “I’d like to congratulate the IFC, the Tonga Development Bank and the Regional Australia Bank for their work in making this product a reality.”

The ‘Ave Pa’anga Pau remittance product attracts a much lower fee of 5 percent, about half the cost of many other services. ‘Ave Pa’anga Pau was first launched in New Zealand in 2017 and has since been taken up widely there, having an additional benefit of encouraging Tongans to save more money.

As a contactless service, it’s important to note it can also help mitigate risks associated with the spread of COVID-19. “We are delighted to have a low cost, fast and safe way to send money to Tonga from Australia,” said Tonga Development Bank Chief Executive Officer Leta Havea Kami. “In New Zealand, we have seen a surge in its use since the onset of the global pandemic.”

The positive impact on the lives of the people of Tonga through the use of ‘Ave Pa’anga Pau can serve as a blueprint that can be adopted by other Pacific nations and in regions around the world, said Alfonso Garcia Mora, IFC’s Regional Vice President for Asia and the Pacific.

“In a world that’s more interconnected than ever, the impact of COVID-19 has brought with it a pandemic of growing inequality with people in the poorest countries likely to suffer the most and the longest,” said Garcia Mora. “It’s also forced upon many people a new tyranny of distance with the closure of borders and travel restrictions leaving people cut off from family and their communities, making remittances all that more vital in a time of crisis.”

The launch of ‘Ave Pa’anga Pau in Australia will also complement Australia’s Pacific Labour Scheme and Seasonal Worker Programme, which is itself of significant economic benefit to Tonga. This project was delivered under the Pacific Partnership.