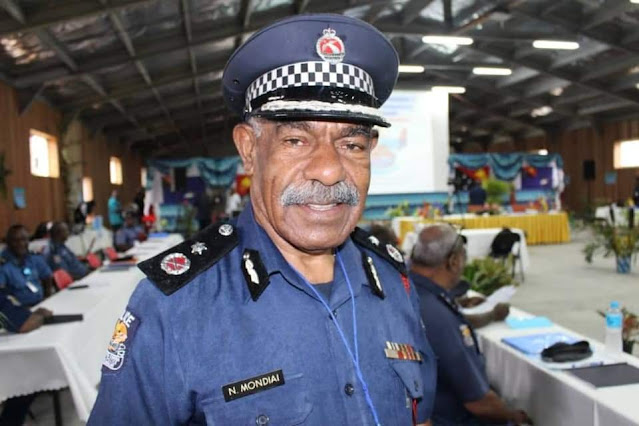 ACP Mondiai died on Saturday 10th October 2020 whilst being transported to Port Moresby from Mt Hagen for urgent medical treatment.

Mr Manning said, “The Constabulary has lost one of its most experienced and senior police officers who had served the Constabulary selflessly until his untimely death.

Despite the policing challenges ACP Mondiai was a true warrior who persevered and excelled to serve the people of PNG until his last breath.

“We tried our best to assist him to seek medical assistance but unfortunately we lost him. It is a great loss to the immediate family, friends, colleagues, the Constabulary and PNG.

“Late Mr Mondiai was an exceptional officer who had set high standards for himself. He was a father, mentor and a role model to many young police officers including myself who had the opportunity to serve under him at various stages of our policing careers."

Commissioner Manning said when he heard of ACP Mondiai’s condition he directed for him to be airlifted to the Pacific International Hospital in Port Moresby on a medevac flight on Friday 9th.

However, due to bad weather he was not able to fly into Port Moresby on that day. The next day, October 10, he lost his life on his way to the aircraft at the Kundiawa airport in Simbu.

“I can only pray that our good Lord will grant the immediate family and all members of the Constabulary peace and may he comfort us all in this time of great sorrow,” Commissioner Manning concluded.