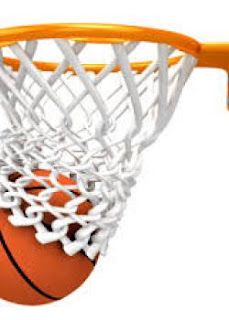 “It’s obviously very good news,” he told The National last week.
“We’re happy to be part of it because we will be defending our title.
“We will be going up against great sides like New Caledonia and hosts Fiji, who will be threats to our title defence.
“While we want to focus on defending our title, we have an annual general meeting (AGM) on Aug 28 and we will look into how we can best prepare our teams for the Cup.
“The recent news of Covid-19 infections in the country has been a serious issue but we are hopeful that we can get our teams prepared by May.
“We already have clearance from the PNG Sports Foundation and the national pandemic controller to run our competitions and programmes under strict measures.”
Daroa said selections for the teams would depend on how BFPNG would host the national basketball championships.
“We will decide during our annual general meeting when to host the championships, which will most likely to be at the end of the year,” he said.
“So I’m calling on all associations to get yourselves registered so we can pick the best teams.”
Meanwhile, Basketball Federation of Papua New Guinea (BFPNG) will host its elective annual general meeting (AGM) at Sir John Guise Stadium Indoor Complex in Port Moresby on Saturday.
BFPNG executive officer Nick Daroa said in a statement that the AGM would also cover the status of basketball activities as well as selections and preparations for international tournaments.
“The two main reasons for this meeting is for the election of executives to assume the board positions,” he said.
“And a number of championships, tournaments and activities that have been stalled due to the Covid-19 pandemic are now allowed to proceed with approval given to basketball.
“Hence, we have the obligation of hosting the national senior and junior championships.
“The events held to select our training squads/final rosters for the Melanesian Cup in Suva, Fiji (Pacific Games qualifier), Under-17 Oceania Championships, Mini Pacific Games, Asia Championship (three-on-three), development teams to Arafura Games and the junior skills challenge.
“Currently, we have the Port Moresby Basketball Association, Lae, Gerehu, Kerema and PNG Men’s Basketball League fully affiliated and are expected to attend.
“There are Associations like Mt Hagen, Epare Koaru and others that have indicated affiliating this week.”
BFPNG has also called on associations to forward the names of representatives who will attend the AGM.
SOURCE: THE NATIONAL/PACNEWS
Next :