Bougainville President Elect Toroama thanks God for his win

President-elect of the Autonomous Region of Bougainvile Ishmael Toroama has thanked God and the people of Bougainville for the overwhelming support he had received through the ballot.

President Toroama also indicated his desire to work with the people of Bougainville, regardless of their political affiliations. 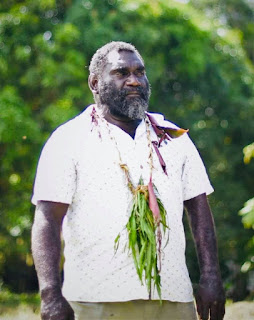 He said the win is also for those who did not vote for him, as he is their President now.

''We conduct a clean campaign, we did not give money to the voters and we did not intimidate any voters, people have used their God-given wisdom to vote for the right candidate,'' said Toarama.

Meantime, President Toroama has vowed to do his best to lead the new crop of leaders of Bougainville to ensure the region achieves its development and political aspirations.

He has also extended an invitation to his political rivals, including Bougainville elites to stand with him in achieving these goals.

President Toroama will make a detailed statement on his aspiration for the Autonomous Region in the House of the representative at a later date.

The duly elected ABG president had maintained his lead since the start of the count and through the 23 exclusions until his declaration this morning.

Former Bougainville Revolutionary Army Commander, Ishmael Toroama has been declared as the president-elect of the Autonomous Region of Bougainville by the Regional Returning Officer, Peter Wangai after 9 AM Bougainville time.