Police Commissioner David Manning said the charge under the criminal code is very serious in nature and must not be treated lightly given that it is a threat to kill a Prime Minister of a sovereign country. 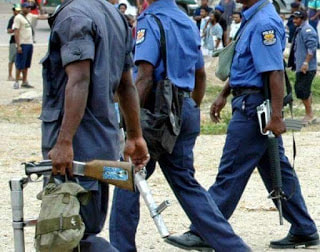 Mr Manning said Dominic Aki Jason also known as Nicky Jason has been previously arrested for armed robbery and wilful murder and unlawful use of a motor vehicle.

“Police investigated the threat made on social media last month which stated ‘PMJM You Need to Step Down Asap Before a Bullet Penetrate Your Head’. Jason is now remanded in custody at the Bomana CS facility,” Mr Manning said.

He said the suspect is being further questioned after a complaint was laid by the Prime Minister. He will appear in court in a later date.

Mr Manning warned those who abuse social media and threaten people, spread false and misleading information to the public that police have strengthened their cyber crime capabilities and will be effective in monitoring and arresting people spread false news or issue threats.