8/04/2020 Headlines, PNG News
PNG Prime Minister James Marape and some of his cabinet ministers have copped some flak from the Opposition and citizens, for traveling amidst the domestic travel restrictions as part of the 14-day lock down for the nation's capital. 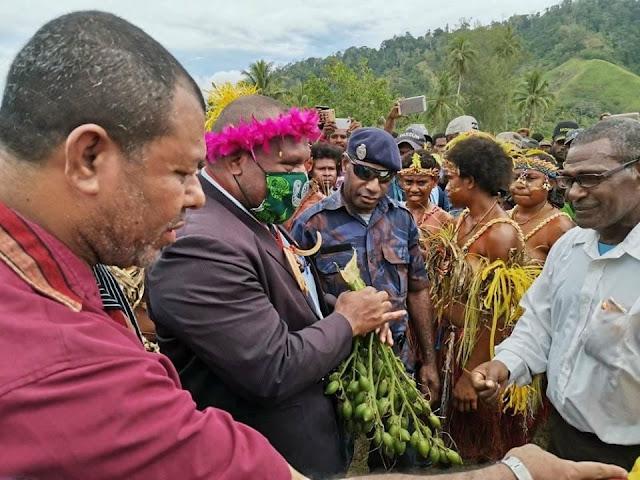 The lock down followed the increasing number of new COVID-19 cases particularly in NCD, with the country's total now at 110.
Mr. Marape and his delegation were first in Lae, Morobe Province, then onto Goroka, Eastern Highlands province before traveling to Bogia in Madang Province yesterday.
He says, the travels are to allow for development programs to run, that will ensure that the country's economy is maintaining some activity.
“It is an example of trying to function in and amidst COVID-19.
The Lae activity was for us to launch a 600 million kina plus international airport construction.
The Government will allow development programs to run that will ensure our economy is maintaining some activities but at the same time we’ll be adjusting to living, working, and conducting business amidst COVID-19 sensitivities,” Mr. Marape said.
NBC News / ONEPNG
Picture Courtesy NBC Madang Journalist in Charge Anisah Issimel
Next :