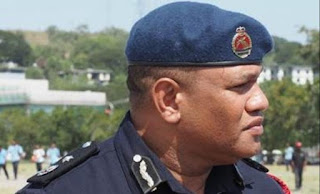 He says those citizens who breach SOE protocols will have their passports seized  for the duration of the state of emergency.
Manning says upon conviction for non-compliance, an application will be made to the Minister for Immigration for the cancellation of their passports.
He says there are currently 313 persons in quarantine around the country, including the 66 who cannot be traced.
Manning says while statistics indicated a low community transmission rate, the threat of the Covid-19 is very much real.
He says this means that strict international travel and border surveillance, particularly along the border with Indonesia, will still be maintained.
Manning says also the border is a concern as almost 100% of new Covid-19 cases in Indonesia came from Jayapura.
next : PNG Treasurer estimates K2.2 billion loss in revenue due to virus
SHARE THIS
Share it Tweet Share it Share it Pin it