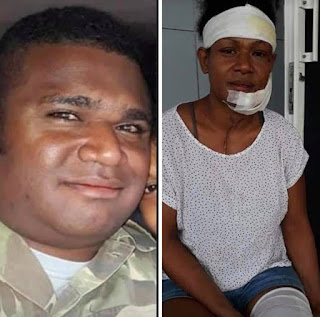 Oa was arrested and charged after a video footage showing how he violently head-butted his wife and used a clothes iron to attack her, went viral on social media.

Mr N'Dranou thanked the Military Police for working closely with the RPNGC to facilitate movement of Lt Oa to the Boroko Police Station. He was formally arrested and charged by Boroko Family & Sexual Violence Unit and detained at the Boroko cells.