6/09/2020 Headlines, PNG News
Three men narrowly escaped death when a huge truck hurtling down the Poreporena Freeway, overturned causing a carnage at the notorious Konedobu corner at around 5.45PM this evening. 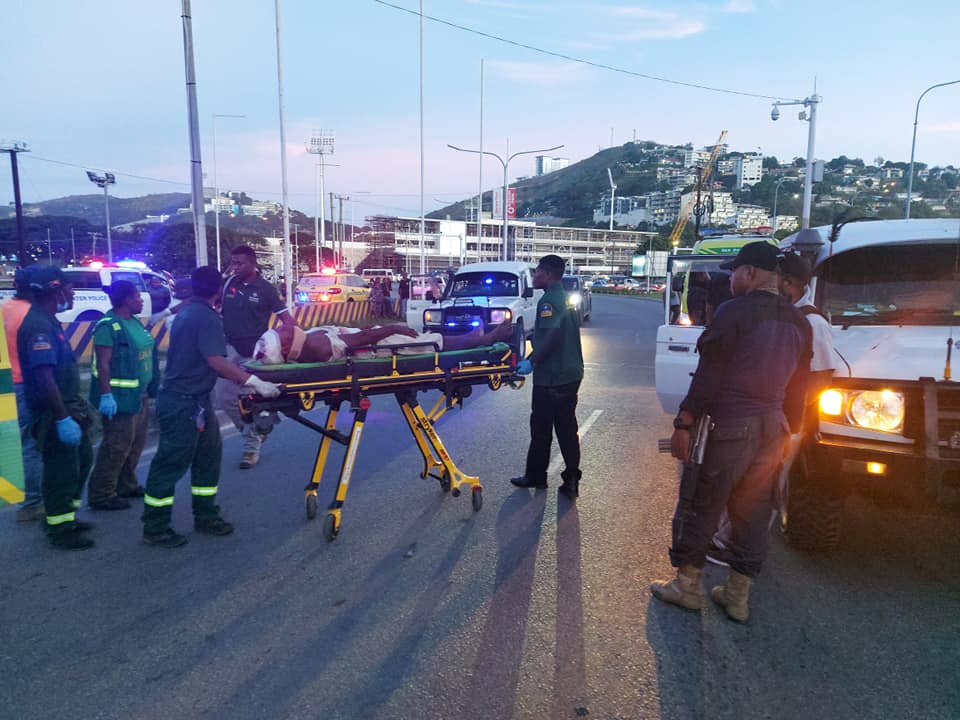 A prominent citizen travelling in a VX Toyota Land Cruiser miraculously escaped death when a twisted metal pole felled by the falling truck bore into the car roof and penetrated the driver's seat missing him by inches. 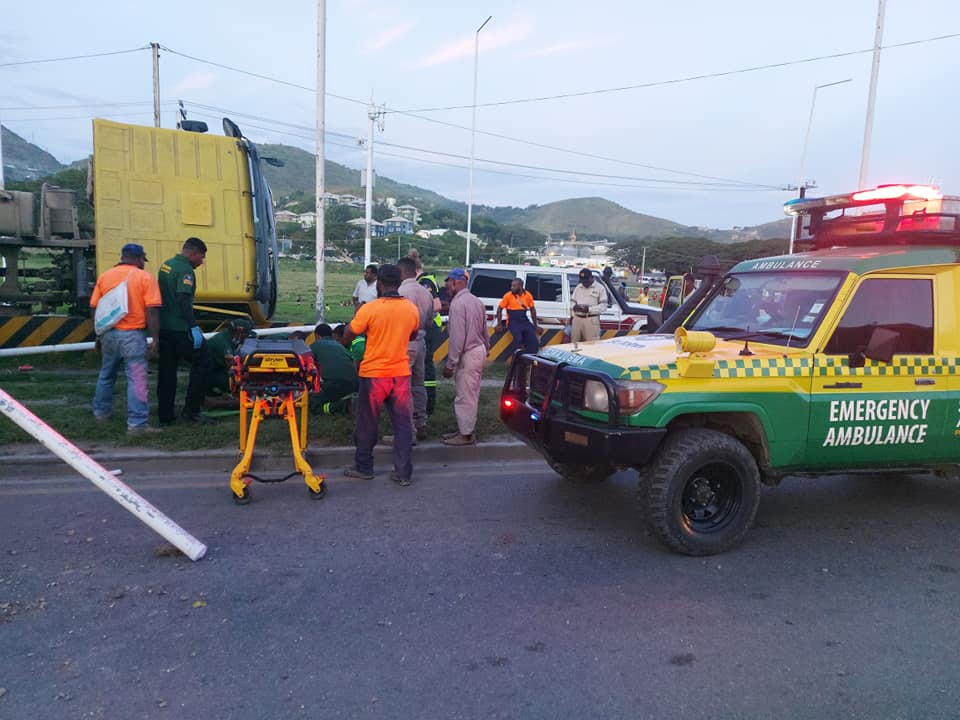 NCD Police Traffic units and members of the Fox Units and Water police cordoned off the crash site while Saint John Ambulance workers removed the wounded on stretchers into the ambulances and took them to the hospital.

NCD Metropolitan Superintendent Perou N'Dranou said this particular sharp bend near the Konedobu roundabout was not only dangerous but it is notoriously known for such accidents and fatalities involving huge trucks.

He said to avoid such accidents, injuires and deaths, drivers must decelerate and carefully negotiate this steep bend at all times. Police are now investigating the crash.