6/24/2020 Headlines, PNG News
Papua New Guinea Prime Minister James Marape says the four Chinese men who arrived on a private jet in Port Moresby on Monday for a 48 hour business visit had sought clearance from the Controller and were given approval to travel into the country. 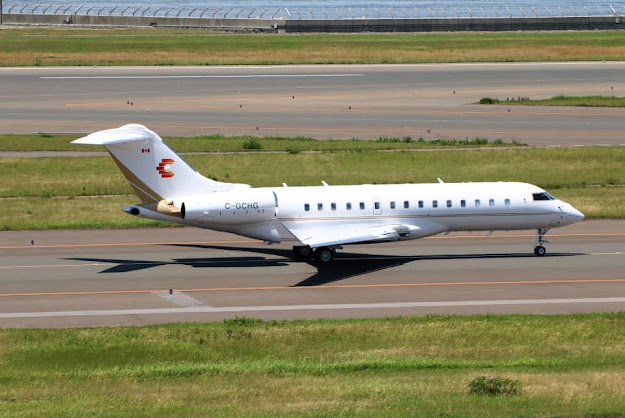 Mr Marape told a news conference in Port Moresby late Tuesday that they had lodged their intention to fly into Papua New Guinea and were granted approval adding that they also had personal protective equipment to donate.
He says they have been under strict observation as per measures under the National Pandemic Act for this sort of short term visits.
"They came in their own private jet, clearance was sought, clearance was given by Controller, Deputy Controller," said Mr Marape.
"They came in under strict observation. They are following our strict protocol quarantine orders that the National Control Center has tailored for short term visits like this and that possibility includes medical checks and when they leave, also under strict quarantine, they'll be asked to leave. They are not here randomly meeting everyone and are under strict observation at designated hotels that are meant for these sort of travels."
Meanwhile Mr Marape says the four Chinese men have expressed interest in doing business in the country.
He says while observing COVID-19 prevention measures, the country also needs to open up again.
"From what I've been advised, these are businessmen who have expressed their interest to do business in this country and if Minister Soroi Eoe (Public Service) and Minister Wera Mori (Environment, Conservation and Climate Change) were in contact with them so the Honorable Soroi Eoe in his former capacity as Foreign Minister made those contacts," said Mr Marape.
"You know our country needs to reopen again and we're testing the process of reopening up again the country for especially visitors we receiving into our country who are more economic visitors."
"They come in for business. They come in to try to do business in our country or have business in our country."
"As we go in to the new normal, these sort of protocols will be exercised to see if we could allow for these sort of visitors to come in but under strict control and they will also go out," said Mr Marape.
The jet that arrived in Port Moresby on Monday with the four Chinese passengers onboard had raised questions as to whether control measures in place to prevent the entry of COVID-19 may have been breached.
The jet, operated by London Air Services, a private jet and helicopter charter services based in Vancouver, Canada, had departed Hong Kong on Sunday night and arrived at the Jacksons International Airport on Monday morning.
According to its flight path, the jet had left Vancouver last week Tuesday and traveled to Japan and then to Hong Kong before arriving in Port Moresby.
Controller and Police Commissioner David Manning orders under the National Pandemic Act states that ‘No person is permitted to board an aircraft bound for PNG unless they have been tested for coronavirus within a 14 days’ period prior to boarding an aircraft and have returned a result indicating they do not have detectable levels of the disease.
A government agency employee told NBC News that the jet carrying the foreigners arrived in the nation’s capital on Monday and that these foreign business people are in the country to meet with two National Government Agencies.
Former Prime Minister and Ialibu Pangia MP Peter O’Neill had alleged in a statement on Tuesday that the Chinese nationals onboard did not follow the country's immigration and quarantine declaration and checks, a claim Prime Minister James Marape has now clarified.
The four Chinese men leave the country today.
Statement/NBC/ONEPNG
Next :