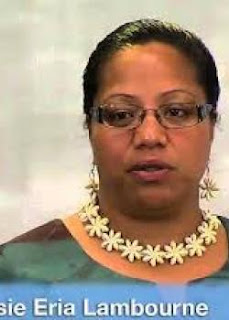 Lambourne said the party’s new name reflects its major political aspirations which are to put Kiribati interest first and support women in the country.

A statement from the Judicial Office said the cases are now ready for hearing at the High Court by Kiribati Chief Justice Sir John Muria.

The office said it cannot provide further details of cases at this stage.