5/10/2020 Headlines, PNG News
The Controller of the State of Emergency and Police Commissioner David Manning has assured the general public that the situation between the police and soldiers following the death of a senior police officer is under control. 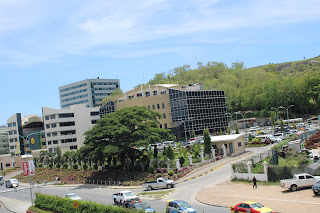 Commissioner Manning said this during a joint press conference with the Papua New Guinea Defence Force Commander Brigadier General Gilbert Toropo today in Port Moresby.
“Due to the swift intervention of the Commanders and senior officer from both the Police and PNG Defence Force in establishing communication and understanding we contained the situation,” Mr Manning said.
He assured the city residents and people from around the country that police have resumed normal duties whilst the investigation into the death of Late Senior Inspector Andrew Tovere is continuing.
The three suspects have already been detained by the PNG Defence Force Military Police.
Mr Manning said the Police and PNG Defence Force have a close standing working relation over the years and currently police and defence officers are deployed together thoughtout the country. He said this was a very unfortunate and isolated incident.
He said, “On behalf of the member of the constabulary I convey our deepest condolence to the immediate family and friends of Late Senior Inspector Andrew Tovere. I can assure that both police and military Commands are working together to ensure justice is served.”