5/06/2020 Headlines, PNG News
18 PNG nationals who have been held for various reasons in Jayapura, Indonesia will be repatriated back to the country through the Wutung Border Post this Friday. 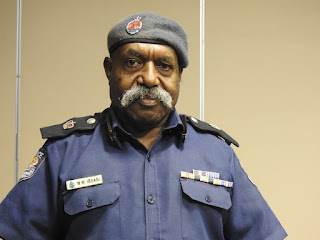 West Sepik Provincial Police Commander Moses Ibsagi told FM100 News that the 18 include six nationals from Manus Province who were unaware that they were in Indonesian waters on a fishing expedition and were caught by Indonesian officials.

Mr Ibsagi says the PNG Consulate General in Jayapura, Indonesia who is facilitating the release had advised on the final arrangements and the PNG security forces comprising of members from the RPNGC and PNGDF will assist with the process.

Mr Ibsagi says the 18 will be transported by road from Jayapura to the Wutung Border Post before being transported again by road to Vanimo where they will complete their quarantine process.

He adds the Health Authorities in the province will play the key role in the process and he is working in close consultation with them at this time.