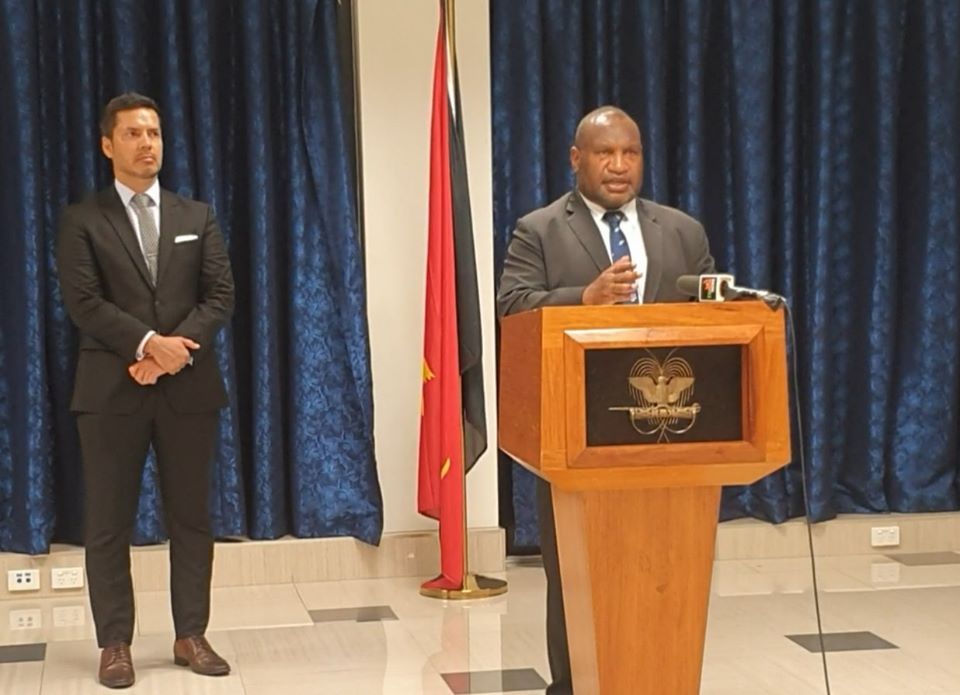 The 3 new cases are from a village along the PNG/Indonesia border of Western Province, an adult male 30 years of age, 12 year boy and a female (age unknown). It is believed they contracted the virus from traditional crossings from Indonesia. The Rapid Response Team collected samples from a number of villages who reported cases of people who demonstrated flu like systems.

A further case (fourth case) in East New Britain Province is also confirmed and is a person of interest connected to the Province's first confirmed case.

The fifth case is a woman in National Capital District who is an airport customs and quarantine officer with NAQIA who is stationed at the Jackson International Airport. Two officers’ were tested as persons of interest having worked at the Airport and having contact with international passengers.

All of them are under isolation but are in good health and demonstrating mild (minor) symptoms.

NAQIA have a desk embedded within the NOC19 and based on initial findings of contact tracing, it was discovered that the NAQIA officer was found to have visited the NOC 19 at Morauta Haus a number of times last week.

Consistent with best health & safety practice, the Controller ordered the Centre be locked down to collect samples from all staff based in the building. The Prime Minister and I were not at the Centre when it was locked down however we both had our samples taken for testing as a precautionary measure.

The samples will be uplifted by Air Niugini to Brisbane Australia first thing tomorrow morning. The tests will be carried out by Queensland Health Labs with results returned later in the evening. Until then the Prime Minister and I have taken steps to self-isolate and therefore will be working from our homes.

Starting tomorrow the Government is ramping up testing along the border provinces as well as East New Britain and the contact tracing of the case in NCD. As of tomorrow any samples collected will be sent to Brisbane daily for testing due to the low stock of test kits available locally. Be mindful that there is a huge global demand for these test kits and we like other countries are ordering more.

Right now it important to remain calm and vigilant in looking after ourselves and each other and encourage everyone to adhere to and observe the SOE. Since further cases were anticipated, the Prime Minister in his wisdom extended the State of Emergency a further two months ensuring the Government strengthened its state of preparedness.

You can help by staying home if you are not required to be out of your home for work or any other essential runs. If you leave your home to go to the shops or market, please try not to take other family members with you. To fight the spread of this virus, we need less people to be on the streets, in buses, in shops, in banks or in the market".