3/30/2020 Headlines, PNG News
Papua New Guinea Prime Minister James Marape warned Papua New Guineans to adhere to the 14-day State of Emergency and stop all illegal crossing of our international land and sea borders which is now punishable by imprisonment. 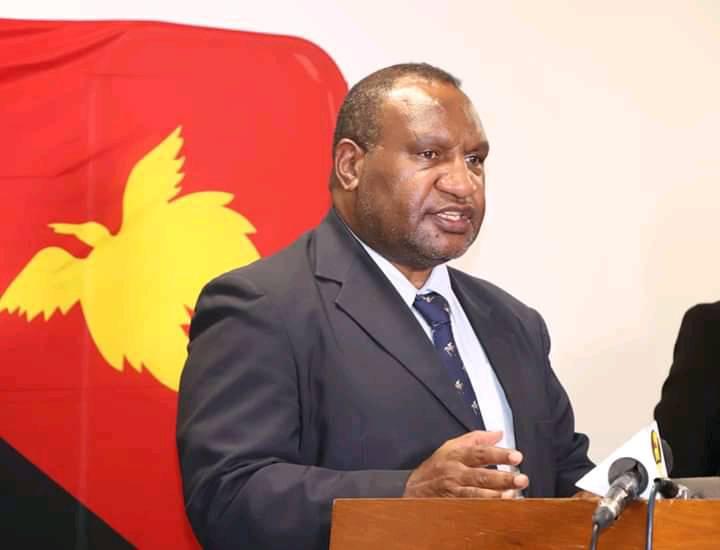 In his daily address to the nation, PM Marape issued the warning to border crossers at Vanimo, Sandaun Province and Western Province that the government is stepping up in our border protection consistent with COVID-19 measures and will strictly monitor illegal border crossings either going out or coming in.

“For those who are continuously traveling to Indonesia, especially vanilla traders, or down south to Australia for whatever reason, our joint international borders will be given stepped up protection on our side as well as on the other side.”

PM Marape said sometime tomorrow he will be meeting with his counterpart from Indonesia, President Joko Widodo like he did to Australia on the decision to impose stricter sanctions restricting movement along the borders.

“So Papua New Guineans: as your Prime Minister, I will be speaking without fear or favour. Anyone of you who wants to cross to the other side, our government has made it illegal already, and if you get picked up locked by police on the other side, don’t come crying to our government to bail you out”, said Marape.

The PM said police and PNGDF personnel have been dispatched to the south side as well as the north side to police both international borders while Customs, Police and Immigration officers in Australia and Indonesia will maintain security of their borders.

He said he will give orders to both leaders of Australia and Indonesia to imprison any Papua New Guinean who is in breach of these sanctions and will do the same to Australian’s and Indonesians who cross over illegally into PNG during the coronavirus lockdown period.