Climate crisis is a global crisis and is already a multi-sectorial issue. It takes every living person in this decade to do something, be big or small, to reduce the carbon emissions and preparing to adapt to changes in weather patterns. A Nickson McManga, 35 years, from Kumdii in Western Highlands is PNG’s Greta Thunberg in a small way. Nickson’s voice on climate change issues may not be as big as that of Greta’s at the global scale but time calls the climate change activist the "most compelling voice on the most important issue facing the planet”. 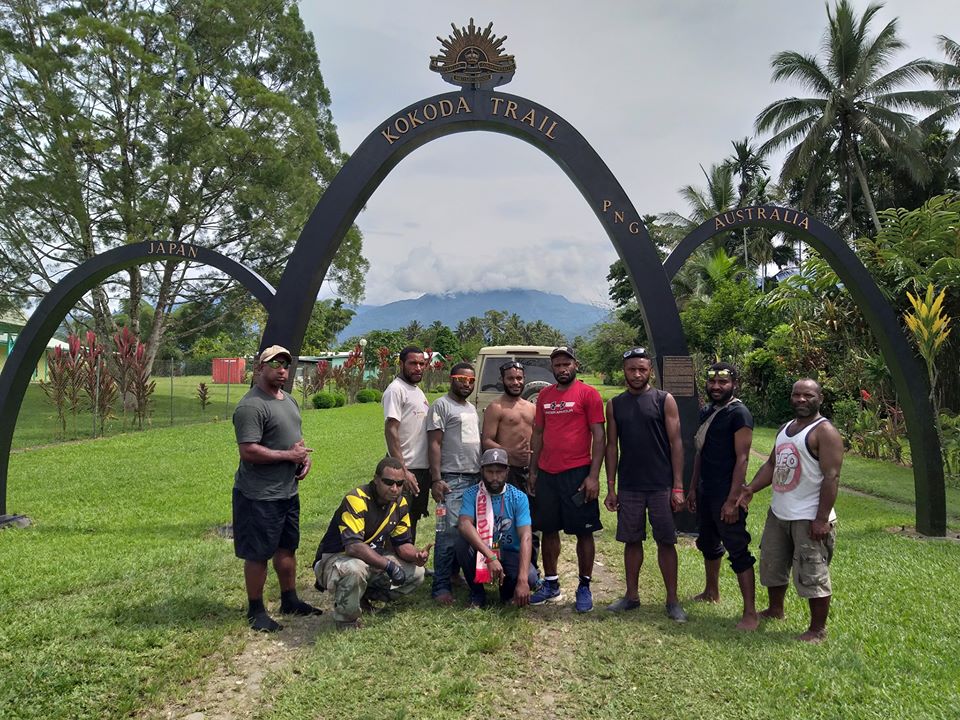 Nickson did his research, collecting and digesting the climate change information using the internet. He is a local environmental activist, starting from his home village in Kumdii, telling people in every public gathering when he had the chance about the impacts of the global climate changes. He is creative and very vocal on climate issues.

“The world is approaching towards catastrophic climate impact, growing old each day. Amongst many approaches taken to address climate crisis, there is one effective approach remaining and that is planting more trees,” Nickson said.

“Tree planting can only help reduce great amount of carbon dioxide in the atmosphere. As trees grow, they absorb and store carbon dioxide emissions that are driving global heat,” he added.

Tree planting initiatives already exist, but the concept has to be simple and sustainable for the stakeholders to participate in the program.

“We normally host national climate change awareness programs at end of October each year to the first week of November. About 7-men on a 7-days journey from Western Highlands to the coastal capital city Port Moresby by walking all the way,” an energized McManga said.

“The purpose of this walkathon is to make people aware of the effects of climate change and to promote ecotourism in Papua New Guinea as well. To celebrate, promote, and encourage our people to protect and preserve our unique cultures and traditions and the pristine environments in which we live in through ecotourism practices in Papua New Guinea,” he added.

“Everyone is now talking about the impact of climate change – from diplomats to politicians to NGOs and individuals from within Papua New Guinea and abroad. But to support the campaign against the effects of climate change, those 7-men have planted 30 trees each in their own communities before they commence their journey from Mt. Hagen to Port Moresby via Lae, by boat to Popodetta and trekking Kokoda to Port Moresby,” he said.

“We have continued to carry out this program for the last three years. At a later stage, all men above age of 18 years old will be tasked to plant 3 trees to commemorate November 3rd of every year to support Paris Climate Change agreement,” Nickson said.

“Since 2018 to 2019 and this year 2020 will be the final year for our three years of volunteer awareness for climate change. We choose the date of November 3rd because we normally arrive consecutively on the first week of November for the last 2 years. Therefore, we the volunteers proposed November 3rd to be observed as a “National Environment Repentance Day”, Mr. McManga said.

On the day, every year round, the following activities can be observed;
1) Every men and women above age of 18 shall plant 3 trees each
2) Environment Repentance day is to repent from our bad actions towards earth and environment, for it defile the Earth and its inhabitants and the nature.
3) Awareness on the important of tree and its long term sustainable development to address Climate Change and the benefits to the environment and society in which we live.

Tree Planting Concept
“So far we have planted 420 trees already along the Mt. Hagen Trek, this year the 7-men crew will continue to plant another 30 trees each before continue their journey. The total of 630 trees will be panted after 3 years of campaign by those 7-men, as part of our volunteerism to support global climate change,” McManga said.

“If Papua New Guinea Government through the Ministry of Climate Change and Environment Protection accept our volunteer policy on the tree planning concept, it is anticipated that in the future we can save millions of kina by planting millions trees on an easy and most effective and convenient way. If we have the PNG National Environment Repentance Day gazette into the National Events Council to be observed nationwide, than it will become an individual concern to take care of our environment and look after it,” he added.

“If we have 8-million populations in Papua New Guinea, let’s say 5-million of them are above the age of 18 years old. Out of the 5-million if 2.2 million people can participate at the first stage of tree planting by starting off next year 2021 we can approximately plant 6.6 million trees,” a concerned McManga said.

“And what if after 3 years 5-million people above age of 18 plants 3 tree on every year comes November 3rd. I suggest a total of 15-million trees can be planted all across Papua New Guinea. May be we can achieve 2030 vision for United Nations (UN) for 10-million trees in just one year? Just imaging after 7 years, how many tree will be planted...? Nearly a billion trees,” Nickson said.

Nickson come from a background of pastoring with Healing The Land (HTL) missionary group after graduating with a Certificate in Bible Translation at Aiyura Summer Institute of Linguistics in Eastern Highlands Province. For the last 10 years, he has been studying and working with the environment and human activities, repentance to environment damages caused with HTL through which he finds his inspiration to advocate for environmental concerns and fight for climate crisis.

“We would like to extend our interest to participate in the upcoming tree planting program facilitated and funded by World Bank/USAID through the office of Minister for Environment Conservation & Climate Change Department. As we are genuine volunteers and stakeholder for such activity. If there is any possibility for us to carry out tree planting in the upper-highlands, we are ready,” he lamented.

McManga is pushing the idea to be accepted by the Government of Papua New Guinea via Climate Change and Development Authority (CCDA) as well as Conservation and Environment Protection Authority (CEPA) to commemorate November 3 as PNG’s National Environment Repentance Day. The World Environment Day falls on June 05th every year.

Nickson’s group has teamed up with Travel4Green (T4G) PNG, www.t4gpng.org, on its planting 10-million Trees by 2030 program. T4G PNG is a not-for-profit private project that has a nationwide volunteer network on climate change issues, including planting more trees/mangroves and also to conserve the standing forests and REDD+ awareness and education.