2/25/2020 Headlines, PNG News
Runner up to the Kainantu Open Seat in Eastern Highlands Province, William Hagahuno, yesterday asked the Supreme Court to grant him leave to review a National Court decision that had dismissed his election petition against current member, Johnson Tuke. 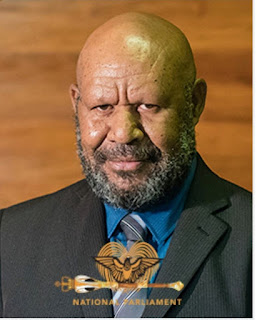 Mr Hagahuno had disputed the 2017 election of Mr Tuke, who’s also the Mining Minister, on the grounds he was not lawfully nominated in that he signed the nomination paper before he went to the bank to pay the nomination fee.

The other ground, among others, was that the proper occupation of one of Mr Tuke’s attesting witness during nomination was not stated.

But the National Court last December upheld all the grounds of Mr Tuke and the Electoral Commission’s objections to competency and dismissed the election petition.

Mr Hagahuno is now arguing before the Supreme Court that the decision of the National Court appears to be grossly erroneous in fact and in law and also contrary to the laws governing elections.

Mr Tuke’s lawyer, Paul Mawa, and lawyer for the Electoral Commission both submitted there was no error of law by the trial judge and that the issue of nomination did not affect the final election results.

Justice David Cannings will hand down a ruling this Friday.