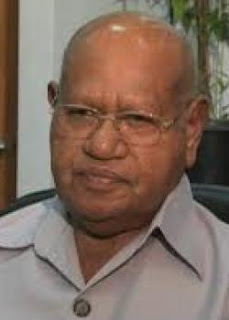 This was after the bill to extend the term of the president from two terms to three terms failed to muster the two-thirds majority of 27 votes.

Members of the Bougainville house of representatives who voted for the constitutional amendment could only get 25 votes, two short of the required 27 votes.

Fourteen members, led by Tsitalato MP, Fidelis Semoso, voted against the bill, putting a stop to any ideas of giving presidents three terms (15 years) in the office.

Under the Bougainville constitution, a president can serve only two terms.

Momis, who came into office in 2010 will have served two terms at the end of this year.

Another bill that was voted on was the extension of the three veterans’ seat, which tallied a total vote of 36 to nil.

The three veteran members did not take part in the vote.

After much debate since Thursday, the 39 members took the vote.

The outcome of the vote now means that the extension of the seat for the president will not go through and the two terms for president will remain, according to the current Bougainville constitution.

On the seat for the veterans it will continue to the third and final reading before it can be implemented.

The house will reconvene on 17 March.