Kaua, who in Malta for this trials told Star Sports it’s quite cold in the Mediterranean island and the weather is having an impact on his training. 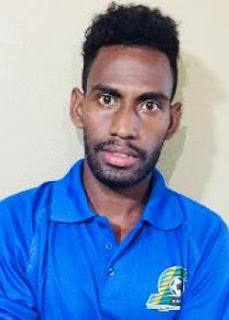 Despite the change in weather, Kaua is confident he can do it and vows to keep striving until the end of the trials.

The 23 years old midfielder vowed to give his best shot with the utmost aim of making a break through.

“It’s cold now in Malta and a big change for me, however I will not let this be a hurdle in my trials.

“The trials is on at the moment and is also quite tough but I know this is an opportunity that does not come by very often, it’s like a once in a life time opportunity so I must make good use of it,” he said.

Kaua is preparing for trials with Malta’s top-tier side Tarxien Rainbows football club. He has already started in sessions with the first team that currently plays the most important football league in Malta.

The trials will end by the end of the month and a decision whether he makes it into the squad will be released in the coming days.

If Atkin Kaua survives the trial then he will become the first Solomon Islander in history to secure a contract as professional football player in Europe.