1/02/2020 Headlines, PNG News
A MAN OF Asian origin was stabbed to death on Thursday when several armed criminals stormed into a mini mart in Papua New Guinea's Capital Port Moresby and attacked the guards and employees with guns and knives, local Police report. 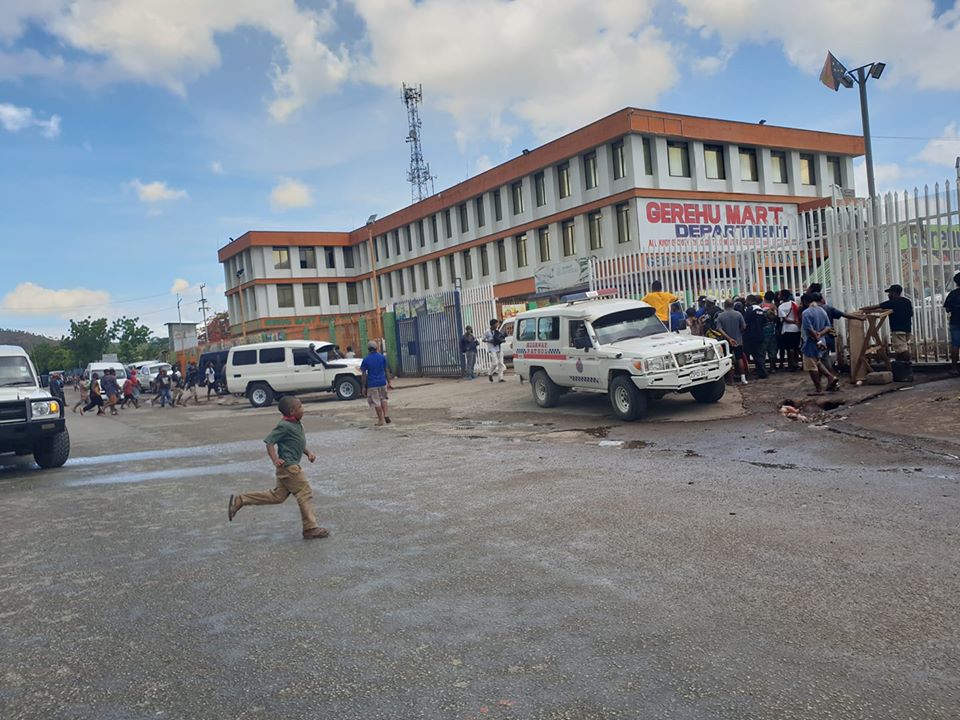 Security guards manning the premises allegedly saw a suspect stabbing the Asian man with a dagger inside the shop and retaliated by confronting the suspects before apprehending two of them.
One of the suspects caught by security personnel at the crime scene was allegedly badly beaten up and handed over to police while the other allegedly escaped whilst in the custody of policemen attached to the Gerehu Police Station. The Asian man was rushed to a private hospital but he later succumbed to his injuries and passed away.
A security guard was also stabbed on his forehead when he tried to fight with the criminals inside the shop.
NCD Metropolitan Superintendent Perou N’Dranou said police arrived within minutes and were told that two of the suspects were still holed up inside the building. He said policemen cordoned off the precincts and used force to pry open a huge metal door before gaining entry. However, careful search of the premises revealed that there were no other suspects inside the shop.
Mr N’Dranou said the police operations centre contacted the Saint John Ambulance workers who administered first aid treatment to the wounded suspect before he was escorted to the Port Moresby General Hospital for further treatment and later taken to the Boroko Police station cells and where he is being detained.
Mr N’Dranou said forensic police units are now working with the Armed Robbery and Homicide units to pierce together more information on this crime. Police investigations are continuing and more information will be revealed in due course.