12/26/2019 World News
Sea levels are rising faster and higher than previously expected. Long-term sea level rise will vary greatly depending on emissions, but could reach nearly four meters by 2300 if emissions are not reduced, experts with the United Nations University Institute for Environment and Human Security (UNU-EHS) said. 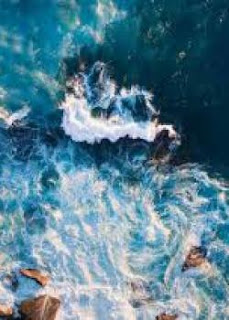 Extreme events at the coast, such as hurricanes, tsunamis and floods, that used to occur once a century, will hit many coasts every year by 2050, even under low emission scenarios.

This is especially problematic for low-lying islands, such as the Pacific Islands, which will suffer from disasters and see a loss of livelihood as sea water salinizes the soil and freshwater resources, hampering farming activities.

Some islands could become entirely uninhabitable because there is no more access to fresh water.

“Sea level rise is here to stay. Even in a wonderful, but completely unrealistic zero emission scenario, we will see the consequences of sea level rise,” said Zita Sebesvari, a senior scientist at the UNU-EHS.

“This is because the sea level rise we are experiencing at the moment is the consequence of global warming that started from emissions released decades ago. Because large bodies of water like oceans warm up slowly, changes in sea level lag behind warming of the atmosphere.”

According to the recently released IPCC special report on the oceans and cryosphere in a changing climate, for which Sebesvari was a lead author, by 2050 sea levels will rise by 20 to 40 cm globally.

There will be regional differences, but all parts of the world will be affected.

“After 2050, however, we could see anything from stabilization, if we stick to the emissions goals of the Paris Agreement, to the aforementioned four metres by 2300, if we continue with the current emissions.”

“What the report shows is that both mitigation and adaptation will be necessary. We have to reduce emissions to avoid the more extreme scenarios, but we also have to prepare for the extent of sea level rise that we cannot avoid,” said Sebesvari in a statement.

As one of the lowest-lying island nation states in the world, the Republic of the Marshall Islands is particularly vulnerable to the rising sea level and other climate hazards, and it is already experiencing the impacts of climate change, such as salinity intrusion and an increase of extreme weather events.

In the last 10-20 years, more than a third of the Marshallese have moved abroad, mostly to the US.

“Climate change is a big concern to them, but is not yet seen as a reason to move.”

However, a new study by van der Geest, together with colleagues from the University of Hawaii, does show a correlation between climate impacts and migration rates at the household level: Those who experience more severe climate stress, especially drought and heat, also have higher migration rates.

Despite this finding, the study also shows that most Marshallese fiercely resist the idea that climate change could make their home uninhabitable and they would need to leave their islands someday.

They think that adaptation is possible, and with support of their government and international donors, they are finding ways to adapt. Recently installed fresh water tanks on the islands will ensure the availability of drinking water even with increasing salinity intrusion.

As the world leaders gather for two-week UN climate change conference or COP25, it is countries like the Marshall Islands that urgently depend on solutions and ambitious climate action.

“Adaptation must be considered as the first and preferred option,” concludes van der Geest.

“When migration is the only way out, it turns into forced relocation, an option that is not attractive to many Marshallese families.