PNG warns on Illegal and Unregulated Fishing in the region

12/09/2019 Business, Headlines, PNG Agriculture, PNG News
The government of Papua New Guinea has issued a stern warning to people engaging in illegal fishing in its waters to refrain from it. 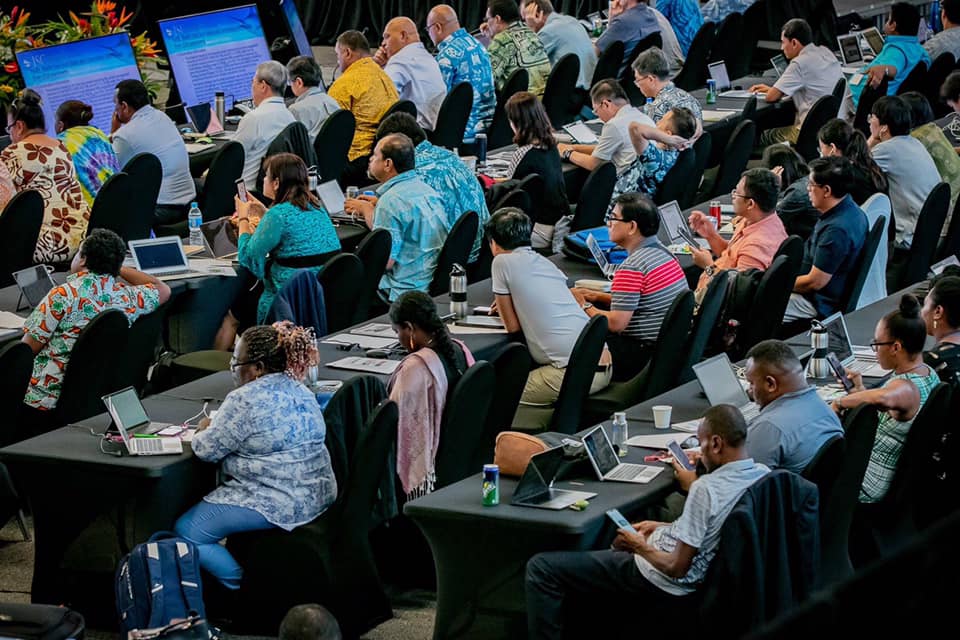 Prime Minister James Marape told a regional conference on fishing that PNG will protect its fisheries and marine resources in its waters and throughout the western Pacific Region.

He issued the warning at the opening of the 16th Western and Central Pacific Fisheries Commission’s meeting in Port Moresby, last week.

Mr. Marape said illegal boats and fishermen caught fishing illegally in the waters of PNG will be dealt with accordingly.

His warning comes as countries in the Western Pacific including PNG continue to discussions and moves to prevent illegal fishing in the region.

The Prime Minister said, Illegal, unreported and unregulated fishing is a major threat to the sustainability and profitability of the world’s fisheries industry and Papua New Guinea is no acceptation.

He said the government of PNG is taking a tough approach and will give serious attention to improve stronger control measures in ports and at sea to account for all catches and deter illegally caught fish from making its way to markets.

In addition, the Western & Central Pacific Fisheries Commission has recommended that transshipment is a key step in the seafood supply chain.

As such, the Western & Central Pacific Fisheries Commission management and reporting rules are insufficient to detect all transshipments and may contribute to the annual transfer of an estimated 142-million US Dollars’ worth of I-U-U catch in the region.

The tuna fisheries in the western and central Pacific Ocean are the largest and most valuable in the world.

At the 16th Western and Central Pacific Fisheries Commission’s meeting underway from December 5 to 11 in Port Moresby, members will discuss further and resolute to improve control over these fisheries to protect their value, by strengthening oversight of fishing vessels at sea and in port and modernizing management for long-term sustainability.