12/08/2019 Headlines, PNG News
Papua New Guinea is now due for its next National Census set for 2020, National Planning Minister Sam Basil has released. 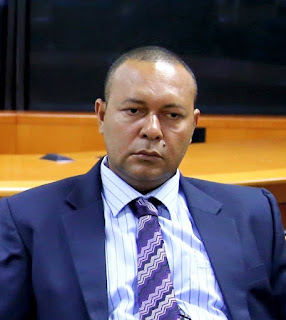 While addressing the National Budget Press Lock Up last week, Mr Basil said the government has allocated K100 million for this major activity in 2020 where K50 million is funded under Capital Investment Budget while the other K50 million is captured under the Operational Budget.

“The 2020 National Census is a key government investment to generate demographic and household statistics of the whole country,” he said.

He also highlighted that the Integrated Tax Administration System (ITAS) in alignment with the Medium Term Revenue Strategy (MTRS) is aimed at improving timely compliance in tax remittance to government coffers from the business houses both regular and SMEs.

Mr Basil said the government will also maintain the community and culture sector development including working towards a sustainable population. Sustainable social development is equally essential for children, youth, women, elderly, persons living with disabilities and other vulnerable groups of people. The role of the sector is to safeguard our cultural heritage and protect, empower and support the marginalised population to alleviate poverty. “In the 2020 Capital Investment Budget, this sector receives a total funding of K45 million.”