12/04/2019 Bougainville News, Headlines, PNG News
The Deputy Police Commissioner and Chief of Bougainville Police Francis Tokura has highly praised his police officers for their brave and boldness in delivering a hard and complex security operation for the referendum polling.
Commander Tokura expressed that, “I am very delighted in the way this complex security operations proceed from start to the end. Initially we anticipated some turbulence in certain areas especially in those Me’ekamui strong hold constituencies instead the polling proceeded without any disturbance or intimidations. 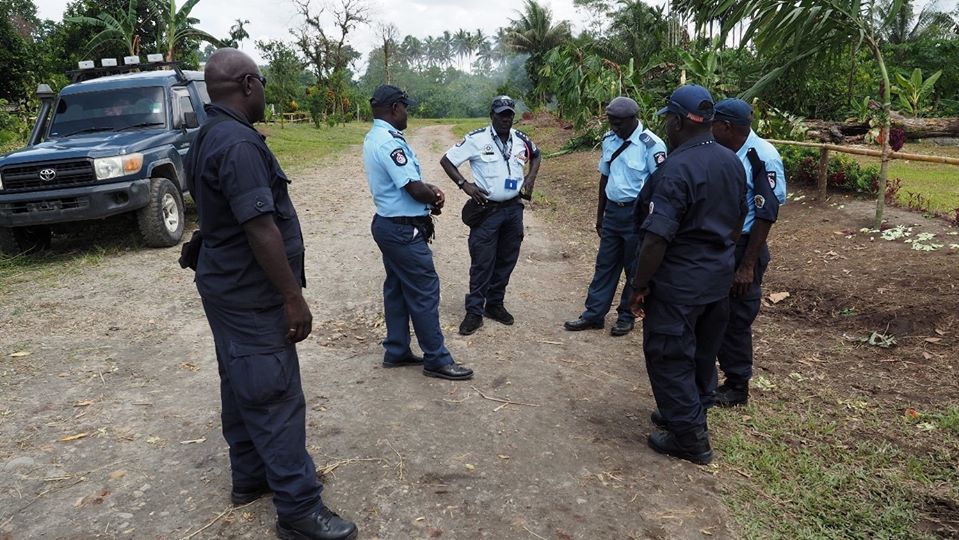 “All are to be congratulated for the successful polling. Every policemen and women performed exceptionally well despite funding and logistical challenges that hindered the smooth running of the operation.
Chief Tokura also commended the community leaders, veterans, and the citizens for their cooperation and stewardship in this course.
“Safety and security of the referendum would not have been successful without the cooperation and assistance from the veterans, youths and community leaders. They also played a pivotal role in their respective polling locations and constituencies.
He said polling was peaceful throughout Bougainville. “During the polling period I, travelled the highways from Buka (North Bougainville) to Buin in the South Bougainville.
“All the polling stations along the highway were peaceful and orderly.
“Everyone was excited to determine their future – even in Konnou (South Bougainville) constituency where a man was killed during a dispute among the Me’ekemui faction, polling progressed peacefully there.
He also conformed another killing of an adult male in the upper Konnou.” It’s an issue they have been having over the years, and there has been a lot of killings in these areas that had been reported in the media. It is very unfortunate that these killings are occurring.
“We deployed 750 police officers for security operations on Bougainville.
“We have additional 28 regional police officers led by New Zealand police. These officers from NZ, Australia, Fiji, the Solomon Islands and Vanuatu have been deployed with the members from Royal PNG Police Constabulary and Bougainville Police Service. Despite being foreign officers, they have remained dedicated to their mission and I also commend them for the job well done. “
Meanwhile, Tokura also conformed that an armed group of men robbed a Chinese shop in Buka, North Bougainville, and escaped with undisclosed amount of money during the polling period.
“The suspects were armed with a single-shot rifle. We investigated and went to the suspects’ area of residences. However, they all escaped but we managed to arrest one and he is now in the cell. The other suspects are known and are now on the run.
“All in all, these are isolated incidents and did not have any impact or cause disturbances to the peaceful process of polling.
“The successful conduct of polling signifies the unity and determination everyone has shown towards the future of Bougainville.
“I have not debut that the people will give the same curtesy and respect during the counting period and beyond.” Chief Tokura concluded.

PC: 02. Polling at the Hurai village, Kopi constituency in South Bougainville. All polling across the region have been conducted peacefully.