11/23/2019 Bougainville News, Headlines, PNG News
The country’s founding Prime Minister, Grand Chief Sir Michael Somare has urged the
people of Bougainville throughout the country to vote wisely in the Referendum. 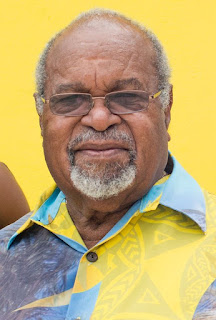 The people of Bougainville will begin voting today to decide whether they want independence from Papua New Guinea or greater autonomy.

The two-option referendum is the outcome of the peace agreement that was signed to formally end the Bougainville conflict, to restore peace to the country and to forge new
pathways for improved prosperity and living conditions for the people.

Sir Michael said on the eve of Referendum that he hopes as Bougainvilleans make their voices heard in the referendum, PNG remains “united and free” in the aftermath of this historic poll.

He said Papua New Guinea remained united for more than 40 years which is an achievement in itself.

So, it with heavy hearts that the rest of the country awaits the decision that the people of Bougainville will be taking beginning tomorrow.

Sir Michael said it is a powerful vote and he urged Bougainvilleans throughout PNG and abroad to be aware that 21 other provinces remain silent but watchful as they vote for greater autonomy or independence.