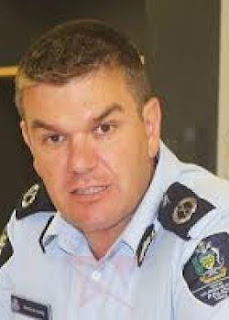 New Zealand is leading a police support mission in Bougainville as the region prepares to vote in a non-binding referendum on its political future.

The two RSIPF officers, Staff Sergeant Francis Ramoni and Sergeant Marcillar Haga left Honiara for Wellington, New Zealand during the weekend to join the other officers who will be deployed on the support mission for the briefing on the mission.

Other police officers on the mission will be from Australia, Fiji and Vanuatu. All these countries including Solomon Islands were signatories to the 2001 Bougainville Peace Agreement.

All the countries will be contributing two officers each.

“The RSIPF feels honored and privileged to be included in this unarmed police mission to advise and support the Bougainville Police Service during the referendum next month,” says RSIPF Commissioner Matthew Varley.

“Police from the region including Australia and New Zealand assisted Solomon Islands under the Regional Assistance Mission to Solomon Islands (RAMSI) come out from what is now referred to as the social unrest assisting the RSIPF to what it is now, a strong and capable police force. It is only fitting that RSIPF officers assist another Melanesian neighbour in such a time.”

The regional police support mission is part of New Zealand’s $4.3 million (US$2.7 million) package of support towards the referendum, which will take place from 23 November.

The final complement of New Zealand and regional police officers will depart for Bougainville on 07 November on a RNZAF C-130 Hercules.