Rule of Law in PNG to be tightened , says Prime Minister Marape

10/21/2019 Headlines, PNG News
PNG Prime Minister James Marape, MP, is calling for the tightening of the rule of law, where police are to arrest and imprison those who murder innocent people in his Hela Province and the country.

He said majority of the law-abiding citizens of the country and community are sick and tired of the loss of innocent lives, taken by murderers. 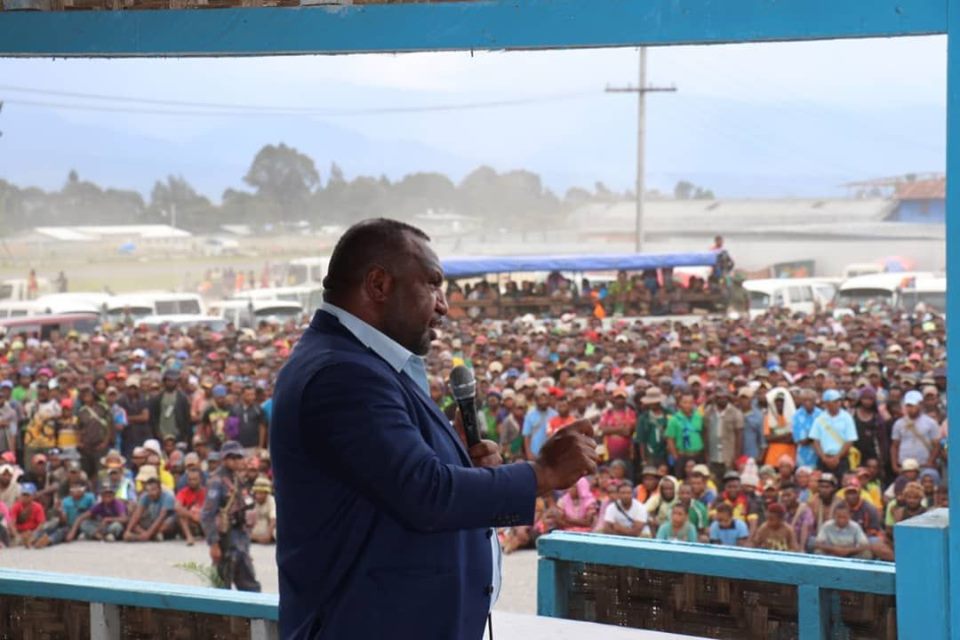 He said law enforcement agencies and the police should now arrest, charge and lock-up people who drink homebrew and smoke drugs like marijuana, using guns and other weapons to threaten good people in public places and communities.

“People are not happy and are worried about the threats and intimidation from those who continue to cause harm and kill their relatives with guns and bush knives.

“I appeal to the people of Tari Pori and Hela Province not to take the law into your own hands and stop the killing.

“I appeal to you to surrender the guns you have.

“I want to ensure my own people should take the lead in respecting the rule of law,” PM Marape said.

He said the Government will ensure the laws are changed to ensure people who kill others should be arrested and sent straight to jail.

PM Marape said there will be no more compensation in Tari and Hela Province as trouble-makers hide behind the scenes and continue to cause trouble and destroy properties and take lives.

“Guns are not only in Tari but all over the country and those who cause trouble must stop,” he said.

The Prime Minister was addressing his people of Tari-Pori and Hela Province today (21/10/19) at the Andaija Oval in Tari when passing his sincere condolences to the family and relatives of the late policeman Sergeant David Hale, who was killed in Tari last week.

PM Marape and his delegation visited the ‘haus krai’ or house of mourning, on Sunday (20/10/19) at the Paipali Police barracks.

During the visit, PM Marape made a commitment, announcing Tari-Pori District will take care of the late Hale’s children’s school fees, from primary up to tertiary level.

The Prime Minister and the leaders of Tari and Hela Governor Philip Undialu conveyed their deepest sympathies to the immediate family of the deceased.

PM Marape also said not all the people of Tari are bad and only few with bad attitudes and guns are causing such problems.