10/23/2019 Headlines, PNG News
Applications for the position of Chief Secretary to Government and Department of Prime Minister and the National Executive Council will close on November 1st 2019.

The position which is being advertised now, comes ahead of the current Chief Secretary Isaac Lupari’s three-year term ending in February 2020.

Prime Minister James Marape told Parliament recently, that these top positions are being advertised to give a chance to all capable Papua New Guineans to apply. 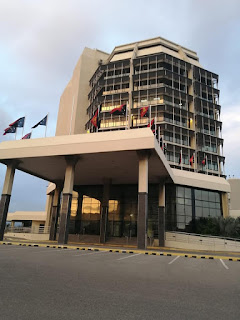 “We are saying that every public servant whose contract is up or due including Chief Secretary – we will not re-engage them by ministerial appointments or otherwise.

“We will advertise every position so that citizens who have interest can apply and hopefully we can get the best person(s) irrespective of their affiliations, etc, Mr. Marape said.

Meantime, Mr. Marape said a review has been conducted into the performances of Departmental heads throughout the country, and by December this year those that have performed will remain while those who haven't will be asked to leave.

Mr. Marape said all departmental heads have been put on notice as part of the Marape-Steven Government's cleaning up process.

He said their termination will either be based on performance or a lack of and corruption allegations.

The Prime Minister was responding to questions by Eastern Highlands Governor Peter Numu on the appointment of Departmental heads by the former Government.