"The whole city must come to a stand still and we must remember our brothers and sisters next door who are dying simply for their freedom," said Mr Parkop. 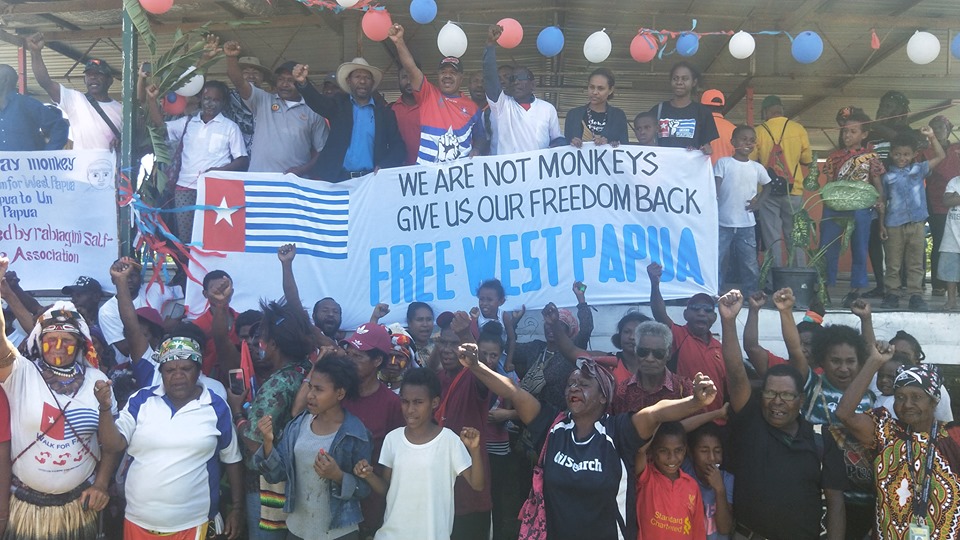 "I challenge the Indonesian president Joko Widodo to free West Papua," he added.

Security personnel and members of mass organizations reportedly launched physical and verbal racists comments such as 'Kick out the Papuans', Slaughter the Papuans' and 'Monkeys get Out' to a group of Papuan students barricaded in a dormitory in Surabaya, fearing more attacks.

These comments sparked protests from the West Papuan community in Manokwari.

Parkop condemned the racists comments outright and rallied supporters alike of the Free Papua Movement (OPM) in Port Moresby including Oro Governor Hon Garry Juffa among others, to all rise up and call upon the Indonesian Government to free West Papua once and for all.

"In two weeks time and on the eve of celebrating our 44th independence, we must stop everything and all come out in full force on September 7, and together as a nation voice our call upon the Indonesian government to free the people of West Papua!", exclaimed an emotional Parkop.
SHARE THIS
Share it Tweet Share it Share it Pin it