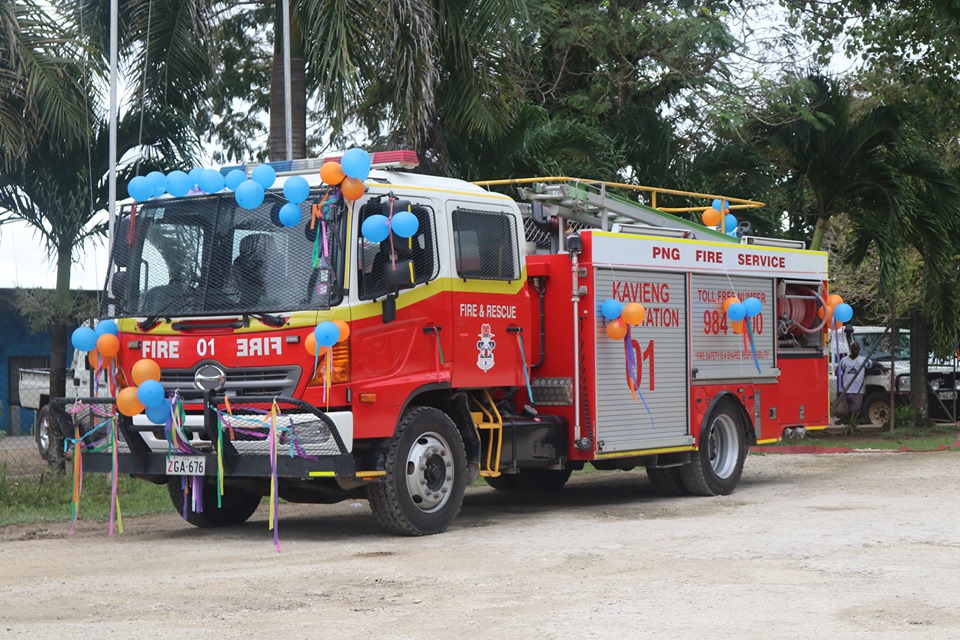 The keys were handed over to Provincial Fire commander Superintendant Tony Leslie by former Chairman of Transport and Infrastructure and current President of the Tikana Local Level Government Sammy Missen.

Provincial Fire commander Superintendant Tony Leslie who had inspected the fire engine in Port Moresby said “ It was purchased and shipped from Australia in 2010 and was stationed at the Waigani fire station since acquiring it. It was used for fire calls in around Waigani Fire zone where it only clocked 53000 in Mileage,” said Superintendant Leslie.

Superintendent Leslie said the Fire engine has all the necessary inventory items on board to use in emergency operations hailing it a valuable asset for the Kavieng Fire services. “The Chief Fire officer has made a fair decision to allocate this wonderful fire engine to Kavieng. It is very suitable for New Ireland conditions given the recent upgrade of our roads.”

Governor Sir Julius Chan who attended the handover ceremony later due to the late arrival of his flight in from Port Moresby, expressed his utmost gratitude towards Chief Fire Officer Bill Roo for choosing the people of New Ireland as recipients of the Fire Truck.