7/03/2019 Headlines, PNG Hunters, Sports
Captain Moses Meninga will play his 50th Intrust Super Cup game for the SP Hunters when he leads the side out for the Round 16 ISC clash against Norths Devils at the Oil Search National Football Stadium on Sunday. Meninga made his debut as Hunter No. 48 in Round 1 against CQ Capras in Brisbane on March 4, 2017. 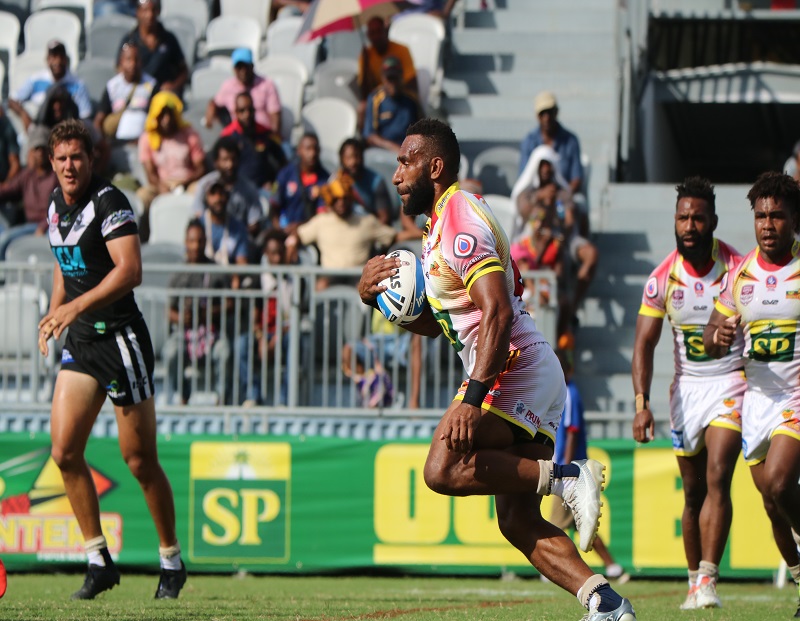 Former Captain Ase Boas played his 100th Intrust Super Cup game for the SP Hunters against Northern Pride in last Sunday’s Round 15 loss to Northern Pride in Cairns. Boas also became the Clubs top points scorer with 501 points in that game when he converted Kevin Appo’s try. He made his debut as Hunter No. 32 against South Logan Magpies in Rnd 1 on March 8, 2015 in Brisbane.

Junior Rau and Brendon Nima return to the side while Sailas Gahuna will be out for the next two weeks after he was named in the PNG 9s Team to the Pacific Games in Samoa.

Assistant Coaches Glen Nami and Roderick Puname will confirm the final 17 an hour before kick -off at 3.00pm on Sunday (July 7, 2019).

The first of the triple headers will see the Digicel Cup Rnd 14 fixture between Central Dabaris and Enga Mioks at 12.45pm. After the SP Hunters and Norths Devils game will be the other Digicel Cup Rnd 14 game between Kroton Hela Wigmen and NCDC Pom Vipers at 5.00pm. Gates at OS NFS open at 11.30am.
SHARE THIS
Share it Tweet Share it Share it Pin it