China invites Papua New Guinea to Speak at It's Forum

7/03/2019 Headlines, PNG News
Papua New Guinea was once again invited by the government of China to address one of its biggest and important international forum on Food Safety this week. 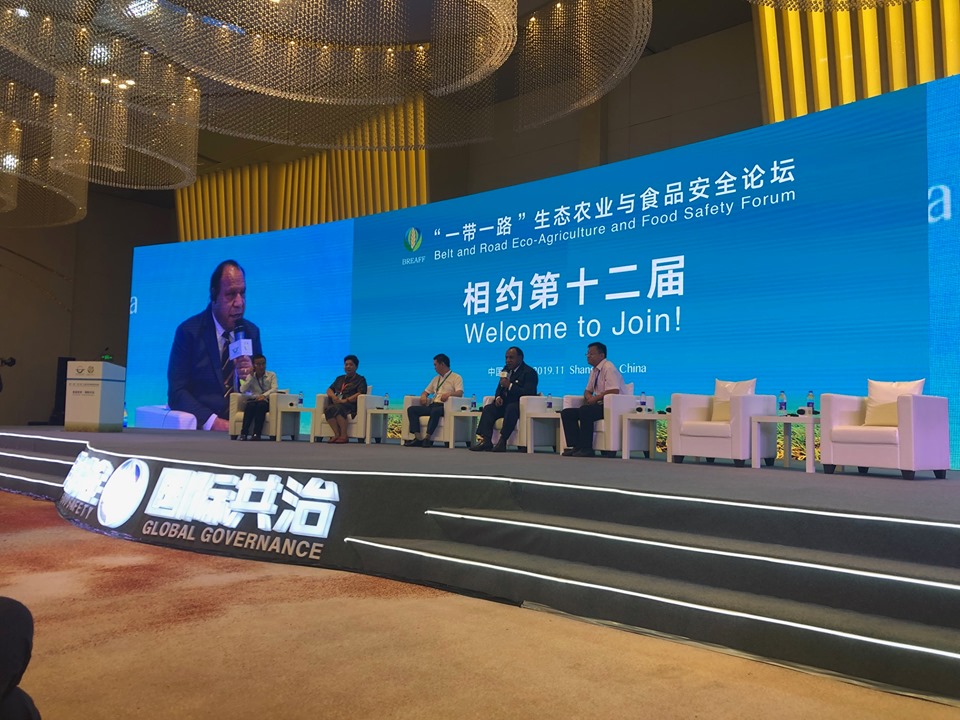 The Chinese warmly welcomed Rimbink Pato known to international community as one of the best foreign affairs minister in the Pacific region.

He said the reputation of the People’s Republic of China would shine forever in world history as the country that has achieved the greatest alleviation of extreme poverty in the long story of humanity.

This achievement over three decades was by an outstanding effort that combined brainpower with hard work and unity.

Pato said he belief that PNG can draw on this example, to alleviate from some of its social and economic struggles at present.

The former PNG's Foreign Affairs minister told the gathering PNG is richly blessed with fertile agricultural land with so much potential.

“In other words, we need to draw on a similar resource of brain power and hard work that China has used to advance itself in such a spectacular and praiseworthy fashion.
“In all these areas, there is room for the expertise of the Chinese side to be involved, and we invite that participation as a development and commercial partner.

“A key factor will be the win-win thinking that underpins the visionary and generous Belt and Road program which promises to deliver increasing prosperity for all those involved,” he adds.

The former minister introduces PNG to the international gathering, highlighting all its potential in agriculture, livestock, fisheries, etc.
Rombink Pato further stressed, Papua New Guinea is the largest country in what is now being called the Blue Continent, the maritime region that links the South Pacific island countries.

He said PNG is mostly an agricultural country, with 85 per cent of our population involved in farming.

“Our coffee and cocoa have a worldwide reputation for quality. We have 400,000 hectares of grassland that is perfect for grazing 300,000 cattle – but that has yet to happen.

“Our existing rice growing areas can be multiplied many times.

“It is a land with some of the best soil and water resources in the world.

“More than that, it is what we can call “bio-remote”.

“That means that Papua New Guinea is a long way from densely populated and polluted areas, and from industrialized cities. But it is not remote from Asia.

In fact it is conveniently placed on shipping and air routes right next door,” Pato told the gathering.

Pato finish off by emphasizing that enterprising investors and development authorities from the People’s Republic of China have already begun to work with the people of Papua New Guinea with such crops as rice and mushrooms.