A group of researchers specialized in the field of amphibians and volunteers from the International Union for Conservation and Nature (IUCN) Red List and Amphibian Ark are undergoing a weeklong workshop to assess the extinction risk of all amphibians (frog and toad) species in Papua New Guinea and the Solomon Islands. 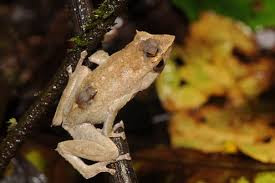 A volunteer with an Amphibian Specialist Group of the International Union for Conservation and Nature, Ms Jennifer Leudtke says, the workshop aims to update all of the amphibian assessments with the IUCN Red List to help with the understanding of the conservation status of all the amphibians in Papua New Guinea and the Solomon Islands.

Ms. Leudtke says, despite working on a global level, most of the amphibians in PNG only occur in Papua New Guinea which means they are only found in Papua New Guinea so these organizations and scientists will assess the entire rate distribution of amphibians but to save these species from extinction, that’s when conservation needs assessments come in.

Kevin Johnsons adds, with each species, the Amphibian Ark will be looking at the threats to each species which may be climate change, habitat destructions and or logging but that will vary from country to country.