This came after people in the northern part of the Bougainville wants autonomy.

Sogavare said what is the point of referendum when the people of Bougainville are not united.

“I believe the Australia Prime Minister Scott Morrison should make a quick visit to Papua New Guinea Prime Minister to discuss the possibility of deferring the referendum.

“This is to allow them to work on the unity of Bougainville,” he said.

Sogavare’s comments may be seen as interference into Bougainville internal matters.

However, he sees the need after the western part of Solomon Islands including Choiseul and Shortlands felt the brunt of the civil war between PNG Defence Force and Bougainville from 1988 to 1998. 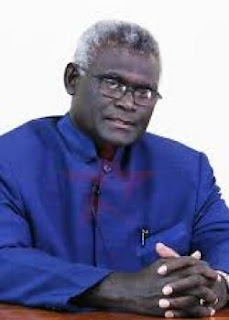 Sogavare said up until today, there are outstanding compensation pending for the people of Choiseul and Shortland for their sufferings from the spill over of the conflict.

PNG and Bougainville governments have issued a joint guide on key elements of the independence referendum.

In the guide the chief secretaries of both governments, Isaac Lupari, and Joseph Nobetau, have endeavoured to answer many of the questions people have.

People in Bougainville will be asked to choose between 'greater autonomy' and 'independence'.

The guide doesn't yet have a full description of the terms as it says they're still being developed but they'll be given to voters in time to ensure an informed choice can be made.

But it does say 'greater autonomy' will be distinctively greater than the present autonomy arrangement.

The joint document says those eligible to vote will include non-Bougainvilleans who are currently residing in Bougainville and have been there for at least six months, along with Bougainvilleans and their families living outside the province.

Over 20,000 people died in the Bougainville civil war and many disappeared without being accounted for.

It also points out that while the result of the referendum is non-binding, it will be considered by both governments with the PNG national parliament to make the final decision.